A new horizon for fatigue at sea 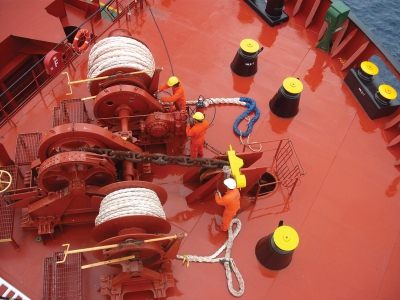 MARTHA to be the new HORIZON project for maritime safety

With increasing concerns over human safety, environmentaldamage and commercial loss, researchers at Southampton Solent University have been awarded $1.5 million by the TK Foundation in Nassau, Bahamas, to lead an additional international research project into seafarer fatigue.

Due to the current economic climate, ships’ crews are under increasing pressure from competitive voyage schedules, and there are rising concerns over incidents and accidents that are increasingly attributed to fatigue.

Building on its predecessor project HORIZON, a 3.4 million European Commission-funded study into fatigue at sea, the new project MARTHA will continue this research and pilot some of the recommendations made by experts at Solent Universitys Warsash Maritime Academy and the Stress Research Institute at Stockholm University.

One of the outcomes of Project HORIZON has been the production of a prototype fatigue prediction model, created specifically for use in shipping operations. Based on a theoretical model produced from research within other industries, it predicts the levels of fatigues among watch keepers. One of the aims of the latest project is to put this into practice and test it at sea.

Following previous test results and recommendations, project MARTHA will also explore other ways in which to reduce fatigue and associated risks, on board vessels.

An international consortium of leading research institutions will carry out studies on the longer-term psycho-social issues affecting seafarer fatigue, and cultural differences in interpreting regulations on hours of work and rest.Individual seafarers and shipping companies will be invited to participate in web surveys, interviews, and measurement of fatigue at sea over long periods of up to six months.

Professor Mike Barnett who is leading the project for Southampton Solent University says:

The research carried out on project HORIZON has provided a scientific basis for fatigue mitigation programmes. MARTHA aims to take this data forward and produce models and recommendations that can be used to benefit the welfare of seafarers, increase the shipping industrys management of fatigue and increase maritime industry safety.

The UKs Marine Accident Investigation branch (MAIB) report entitled Bridge Watchkeeping Safety Study (2004) cites fatigue as a major causal factor in collisions and groundings. There is however, very little information about how the watch patterns have an influence on watchkeeper performance.

The international ship management association, InterManager, will support the academics in seeking volunteers to participate in the project.

Fatigue is a very serious issue which has not been properly researched yet, especially as it relates to the maritime industry. Project HORIZON established baseline information on fatigue, but it is time we explore the whole issue further. I am delighted that industry and the research partners have come together and that the TK Foundation can assist in this extremely important project. I have no doubt the results will be a game changer, says Capt. Kuba Szymanski, Secretary General of InterManager.