The second report from the MarTID survey initiative to analyze global maritime training practices, investment and thought is now available. The surveys draw on insights from shipowners and operators, maritime education and training institutions and seafarers.

Despite the fact that estimates vary by source, the international shipping industry is responsible for around 80-90% of world trade, with over 90,000 merchant ships trading globally, transporting every type of cargo, from raw materials to finished products, from nearly 30 million cruise ship passengers to livestock.

While ships, technology and increasingly the logistics chain as a whole garner the headlines, the seafarer is the lifeblood of world commerce, and in total, globally, there are 1,647,500 seafarers (774,000 officers and 873,500 ratings) serving on internationally trading merchant ships

However, the role of the modern seafarer is changing.

Led by automation on the ship and throughout the transport logistics chain, seafarers are increasingly asked to operate ever bigger, more complex and technologically sophisticated ships with smaller crews.

They are also tasked to deliver ship and cargo safely and efficiently, guided by a rapidly rising list of regional, national and international rules, with a decreasing impact on the environment. And by all accounts, they are succeeding.

Improved ship design, regulation, technology and the seafarer all have played a part in this statistical improvement, but as the 'human factor' is cited in more than 80% of ship accidents, a continued focus on seafarer training is justified.

Considering this, the MarTID 2019 presents the results of the second annual survey on maritime training practices:

Maritime training budgets continue to trend upwards, in comparison to last year. In fact, more than 52% of vessel operators reported an increase in training budget, while over 62% of Maritime Education and Training Institutions (METI) reported a larger budget for training. In addition, about 60% of operators and 68% of METIs expect additional increases in their training budget for the coming year. 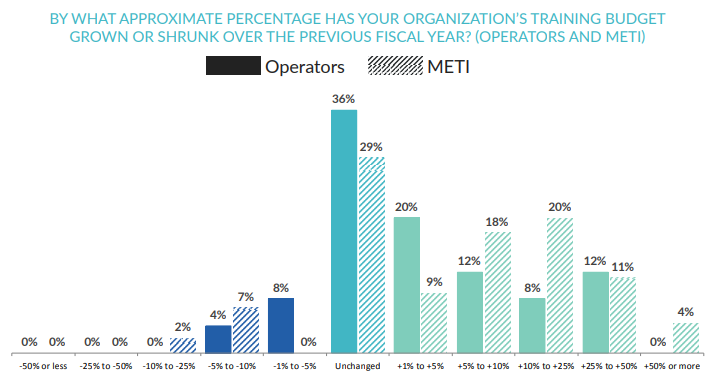 While there are several training drivers, the top three drivers for MarTID 2019’s target groups (Vessel Operators, METI and Seafarers) include:

Autonomy on the Horizon

While automation and autonomy are a 'hot' issue, views on the pace of adoption of autonomy on the working waterfront vary greatly. The general consensus and common sense in the matter suggest that full automation on oceangoing international routes is a generation or more away.

While the technology has quickly matured, major hurdles include matters such as global political agreement, maritime and cyber security, and insurance. More tangible activity is accelerating on local/regional/national fronts where such agreements and arrangements are easier to make

Moreover, vessel operators have the most conservative view on the future of autonomy, while METIs are most optimistic. From the perspective of vessel operators, currently 62.5% are at no autonomous function, while 20 years from now 20% expect to reach AL4 (Human in the loop - Operator/supervisory) and approximately 7% expect fully autonomous operations.

Additionally, more than 40% of the METI respondents see an autonomous future in the AL5 and AL6 (Fully autonomous) range.

The following table describes what each level of automation means: 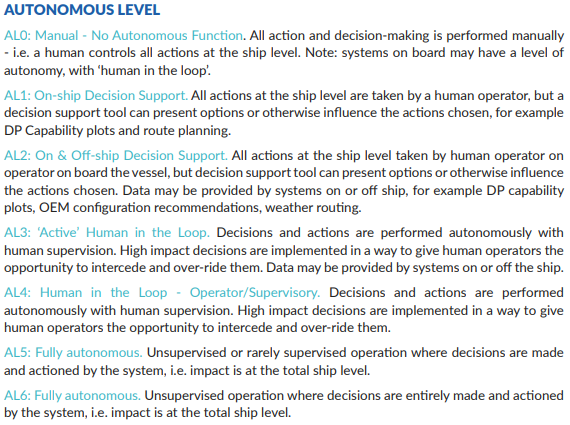 As predicted, with growing automation and technology in personal and professional lives, seafarer training methods are changing. While face-to-face and classroom instruction are still dominating, the situation is turning toward rising levels of online e-Learning and video instruction. This is considered music to the ears of seafarers who pay for their own training, as travel and accommodation lead their expense list. 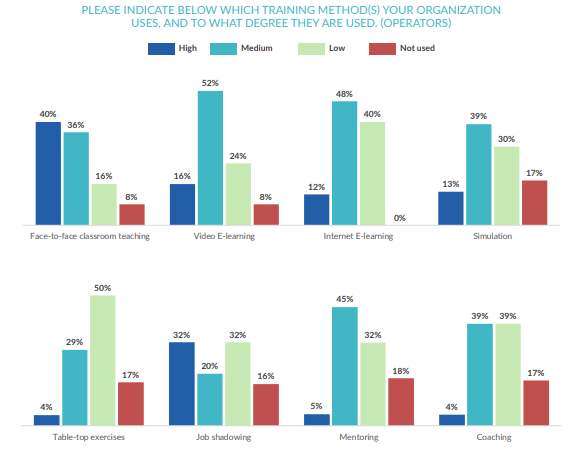 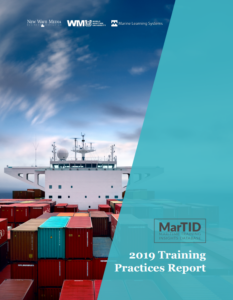