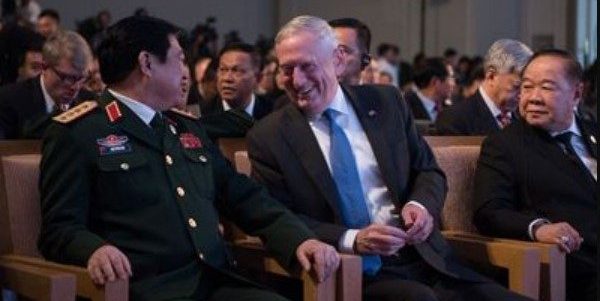 The Association of Southeast Asian Nations Defense Ministers’ meeting, held in Clark, Philippines, this week, focused on the importance of high-level discussions of strategic defense and security matters, including North Korea, terrorism and maritime security.

The parties also emphasized on the need to promote a practical cooperation and confidence-building among their defense establishments, according to chief Pentagon spokesperson Dana W. White.

Namely, US Defense Secretary, Jim Mattis participated in the meeting, where he ‎reaffirmed the United States' commitment to allies and partners across the region, and to a free and open Indo-Asia-Pacific, which includes a strong ASEAN that speaks with one voice on regional and global issues.

The defense secretary highlighted maritime security as a natural area for deeper cooperation between the United States and ASEAN, and proposed to hold a new maritime exercise with ASEAN partners in 2018, as well as to host a maritime security dialogue featuring regional navies and maritime law enforcement.

"The secretary reaffirmed the United States' commitment to freedom of navigation, and to fly, sail and operate wherever international law allows," Mrs. White said.

Furthermore, the secretary stressed the importance of international cooperation to pressure North Korea in order to realize the shared goal of denuclearization of the Korean peninsula.

Mr. Mattis also met with Vietnamese Defense Minister Gen. Ngo Xuan Lich on the sidelines of ADMM-Plus.The two leaders exchanged views on regional security and emphasized the need for continued ASEAN cooperation to ensure a free and open Indo-Pacific, she said. They also reaffirmed their intention to deepen the bilateral defense relationship, particularly in the area of maritime security, and highlighted progress made since their August meeting in Washington.