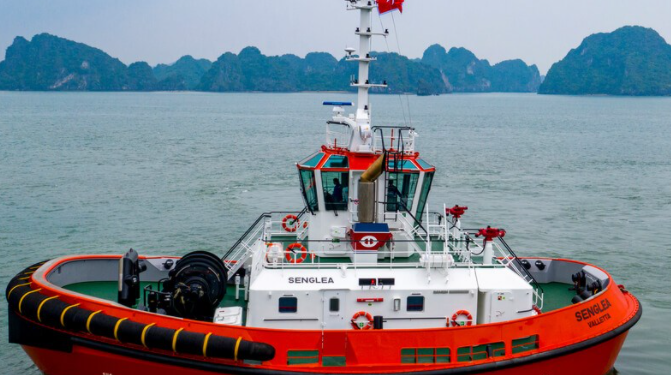 To remind, the RSD Tug 2513 was first introduced back in 2018 and represents a radical new design.

The vessel was named Senglea, after the nearby, historic city of the same name, and enters a fleet that already has a number of Damen ASD tugs, but is the first RSD tug to operate in the region.

“It wasn’t easy to execute this project right in the middle of a pandemic, but we took special measures related to logistics and production, whilst ensuring the safest possible working environment. As a result of these measure, we were able to secure a continuous workflow at the yard, leading to the on-time delivery of the vessel and the well-being of all involved in the project”.

As informed, based on extensive industry consultation it is compact, for operations in and around harbours and terminals, yet it also has the power and flexibility to manoeuvre even the largest vessels safely, quickly and efficiently within restricted waters.

In addition, the RSD Tug 2513 features Damen Triton, a digitalised remote monitoring system that collects data from sensors throughout the vessel.

The system is directly related to Damen’s goal of becoming the most sustainable and digital shipbuilder.

At the same time, Damen Triton reports such things as fuel, oil and water levels on board as well as performance indicators such as power, RPM and fuel consumption. In fact, it paves the way for more efficient sailing, reducing both fuel consumption and emissions, and for maximising uptime via preventive maintenance.