During April 2020, IFC observed an increased Rohingya Migrants’ Movement within the IFC Area of Interest (AOI). 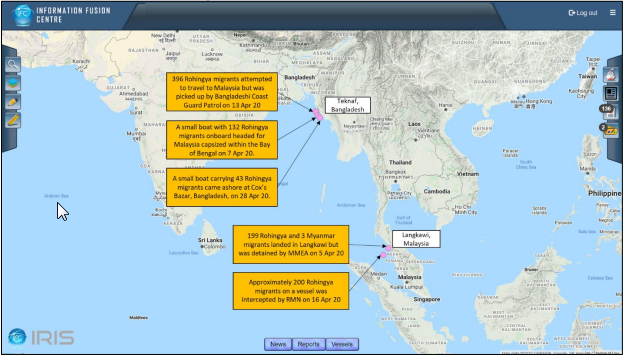 Specifically, they were noticed the following incidents: 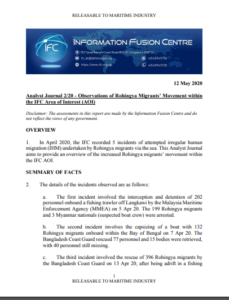