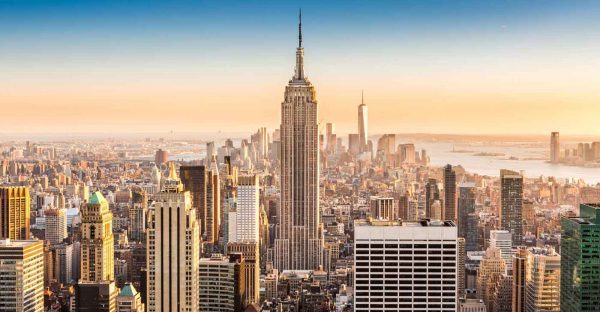 New York made an important step towards protecting the environment, as it sued five major oil companies, demanding ExxonMobil, Chevron, BP, Royal Dutch Shell and ConocoPhillips pay for the cost of protecting the city from the arising threat that the climate change poses.

The city also announced a new plan, whose goal is to remove its $189 billion pension system from fossil fuel reserve owners over the next five years, thus becoming the first major U.S. pension plan to complete such an exit, according to international sources.

According to the lawsuit which was filed earlier this week, the city says that it experiences serious problems, caused by climate change, such as coastal erosion and tidal flooding.

These dangers cause important risks to the city’s infrastructure and the health its residents.

These risks will have a huge costs, as billions of dollars are expected to be spent. For this reason, New York’s Mayor, Bill de Blasio said that “It’s time for Big Oil to take responsibility for the devastation they have wrought,” during a press conference.

According to Mr. de Blasio, the oil industry is largely accountable for the recent extreme weather events, such as Hurricane Sandy.

Furthermore, the lawsuit undiscloses specific documents, according to which, the industry was aware off the danger that burning fuel was causing, thus leading to climate change.

From their part, the defendants responded. A Shell’s spokesman said that climate change is a complex challenge and must be addressed outside the court, with cultural change.

Exxon commented that it welcomes any action that has good-faith in addressing the matter of climate change, with Chevron saying that the lawsuit will not make a positive impact on climate change.

Conoco and BP did not make a statement.

In the counterpart, climate activists, such as the environmental group 350.org and Greenpeace said that New York made an important decision, that will help the environment in the future.

At the moment, New York’s officials are drafting a proposal in order to ensure that such a plan will be executed in an effective way.

We’re standing up to take our own action to protect our people, our city and our planet. #DivestNY pic.twitter.com/JlnJwQNdum