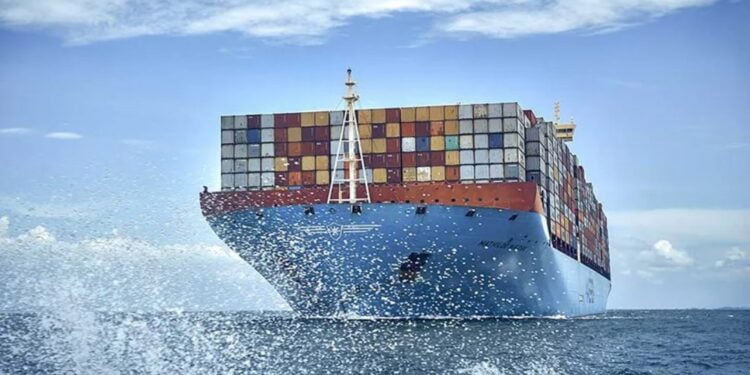 Maersk will release all historical and future ocean weather observations into the public domain for free use by the scientific community around the globe.

The data which has been collected by Maersk vessels since 2012 increases publicly available ocean weather data by 28%.

The goal is to help climate research and weather forecasts by providing weather data from the world’s oceans, where ground level data coverage is slim, and most data comes from satellite observations which have their limitations.

Maersk crews and vessels have collected weather observations for years, and we are proud that we now can share these data and help researchers in gaining a better understanding of the impact climate change has on our surroundings.

Among other things, the observations can give a more precise picture of how surface-level ocean conditions and the interaction with the atmosphere has evolved since 2012.

Mr. Ross also added that Maersk has “set an ambitious strategy for its business to achieve net zero greenhouse gas emissions in 2040,” but it has also as a part of its ESG strategy committed to contribute to climate and ocean science with data gathered from its vessels.

The data which is more than 9 million observations, will be shared via the Global Ocean Observing System (GOOS), run jointly by UNESCO and the World Meteorological Organization (WMO). GOOS collects ocean weather observations for climate science and provides input to weather forecasts.

As a member of the scientific community, I am thrilled that we get access to this unique data set. The data will help to better constrain past ocean surface conditions but also help to improve future predictions – from weather to climate

With all 300 Maersk-owned vessels sharing data multiple times a day, Maersk shares more than 7,000 observations every day. Some vessels are also live feeding data to weather services around the globe.

In collaboration with the National Meteorological Service of Germany, Maersk has installed Automated Weather Stations on several of its vessels. These are calibrated research-grade measurement stations which collect a greater variety of data points at a higher quality, even further improving the contribution to weather forecasting and climate science.

Earlier this month, Maersk announced new aspiring emissions targets expected to align the company with the pathway to limit global warming to 1.5°C. What is more, the company aims to achieve net zero supply chains to customers by 2040.