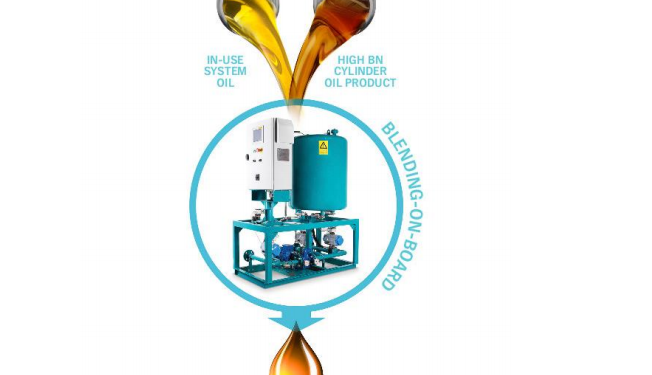 Piraeus-based Technava announced that it has initiated the promotion of the Maersk Fluid Technology’s (MFT) SEAMate Blending-on-Board (BOB) system as the official sales agent for Greece’s and Cyprus’s markets.

MFT’s BOB technology was developed to be used on Moller-Maersk Group’s fleet of containerships originally. This technology, aims to blend the n-use system oil, as a base oil, with a high-BN cylinder oil product to make an efficient cylinder lubricant and promote the addition of fresh system oil to the engine sump.

MFT’s BOB technology is expected to be able of reducing cylinder oil consumption and mitigate matters like cold corrosion and excessive cylinder wear. It has also the possibility to deal with issues related to worn system oil causing problems for the hydraulic control system in modern, electronic two-stroke engines.

The SEA-Mate BOB system has secured letters of no objection from MAN Diesel & Turbo and Winterthur Gas & Diesel (WinGD).