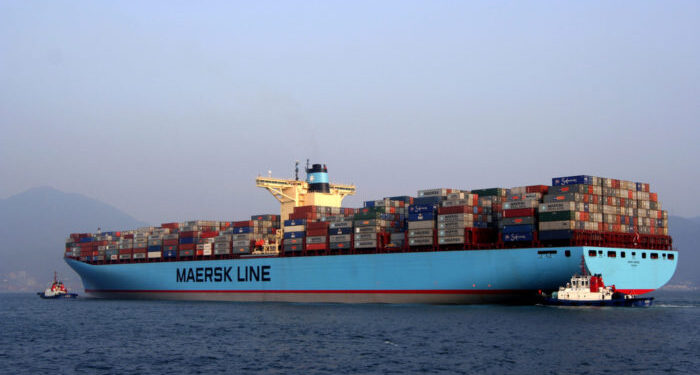 Maersk informed that is moving forward on the recovery from its two vessels that recently experienced container losses at sea.

To remind, Maersk Eindhoven faced an engine stop in heavy seas near Japan on February 17. As a result, the vessel lost several containers overboard during the incident.

Specifically, the loss of maneuverability resulted in severe rolling with 260 containers overboard and 65 containers damaged on deck.

As explained, company surveyors and salvors are onnboard the ship, reviewing vessel and safety conditions. The vessel will resume normal TP6 service routing once these repairs are completed.

“The ship’s engine and seaworthiness is in good working order and the port call repairs will address some steel railings, inspection of hatch covers and other activities that the surveyors might find. At this point in time, we have ensured that all replacement materials and welding activities can be performed in port. This is subject to change in the event our inspection and survey process finds new items to repair”.

What is more, Maersk expects that will have better definition to the estimated amount of time needed in port prior to departing for Los Angeles.

On January 16, approximately 750 containers were lost from Maersk Essen, while en route from Xiamen, China, to Los Angeles, California, due to heavy weather.

In light of the situation, the container vessel rerouted to Mexico instead of Los Angeles in order to spend some time along side taking off damaged boxes on deck and be surveyed for repairs.

According to Maersk, the vessel has completed its port operations in APM Terminals Lazaro Cardenas, Mexico and departed on February 22.

In addition, the vessel will sail full speed to the Los Angeles anchorage (a 3-day journey) in an effort to arrive early and be in position to berth APM Terminals Pier 400 Los Angeles prior to its current scheduled arrival March 4.

“The situation is subject to change based on the number of vessels waiting but our plan is to make every effort to advance her in the waiting line for an earlier ETA”.