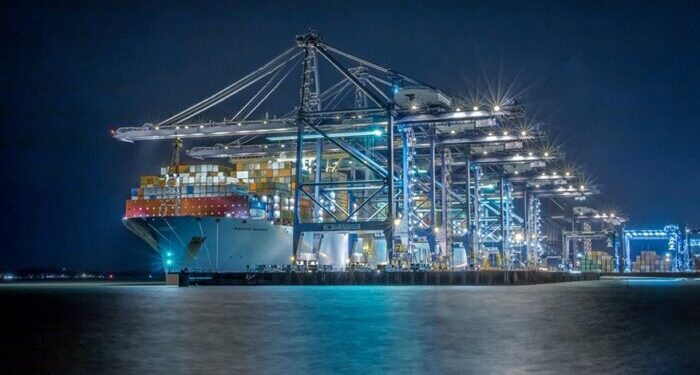 Congressman Alan Lowenthal announced that Maersk has given its support to the the Clean Shipping Act; the Congressman’s legislation aimed at zeroing out pollution from all ocean shipping companies that do business with the U.S.

The Clean Shipping Act aims to clean up the shipping industry, while also also protecting the health of port communities, address environmental injustice, and provide solutions to the climate crisis.

The bill, which the Congressman introduced in July, sets carbon intensity standards for fuels used by ships. The bill also sets requirements to eliminate in-port ship emissions by 2030.

Providing its support on the legislation, Maersk stated that:

According to Soren Skou, CEO, A.P. Møller-Maersk, the company has “committed for all our new vessels to be capable of sailing on renewable fuels. This led us to order the first 12 large ocean-going container vessels capable of being operated on green methanol, to be delivered in 2024-2025.”

In addition, A.P. Møller-Maersk Vice President of U.S. Government Relations, Doug Morgante, noted that “the most significant challenge is the availability and cost competitiveness of the green fuels necessary to reach our targets. It is fundamental that leading governments, such as the U.S., and industry work together to accomplish long-term solutions.”

We don’t have to choose between a healthy shipping industry and a healthy climate. I applaud Maersk for taking this stand and acknowledging we are facing a tipping point in the climate crisis

Congressman Lowenthal stated, also mentioning that “no emissions sources can go overlooked. My Clean Shipping Act is the right policy for the future of our planet, for the health of our communities, and ultimately for the resiliency of goods movement.”