Maersk, MSC review Iran operations after US withdrawal from JCPOA 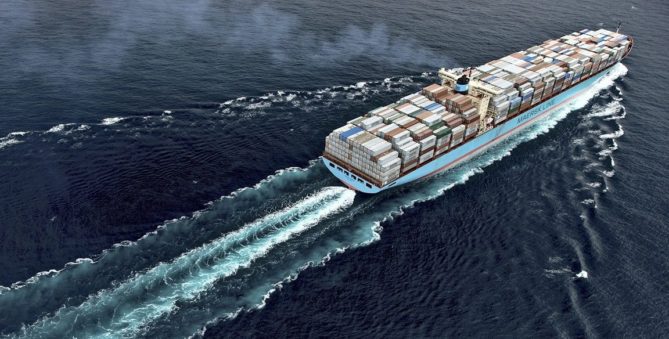 The world’s top two container shipping companies, Danish Maersk Line and Geneva-based MSC, are reviewing their Iran operations, following the US withdrawal from the international nuclear agreement with Tehran.

The JCPOA ((Joint Comprehensive Plan of Action) agreement, reached in 2015, between Iran, the EU, and the P5+1 (the five permanent members of the UN Security Council  – China, France, Russia, United Kingdom, United States – plus Germany), lifted sanctions on Tehran in exchange for limits to its nuclear programme.

However, on 8 May, US President Trump announced decision to withdraw the US from participation in the JCPOA and to re-impose US nuclear-related sanctions, which is expected to have significant implications for shipping trade with Iran and the insurance of this trade. The Swiss MSC announced:

MSC is reviewing its services, operations and business relationships to understand if any are impacted and will comply with the timetable set out by the US government.

According to Reuters, MSC suspended services between 2012 and 2014 and, when they were resumed the line, they used small, regional third-party feeder ships to carry cargo between Iran and MSC’s transshipment hub at Jebel Ali in the UAE.

In the meantime, Denmark’s Maersk Line said it had stopped acceptance of the specific cargoes listed by the US Treasury this week.

Our presence in Iran is limited. We will monitor the developments to assess any impact on our activities.

Iran’s operators, including the Islamic Republic of Iran Shipping Lines (IRISL) and oil tanker group NITC, will once again be blacklisted on 4 Nov. by Washington.

A FAQ document by OFAC indicates that following a 180 day ‘wind-down’ period running up to 4th November 2018, sanctions will be restored (including secondary sanctions directed against non-US persons) in relation to specified activities and entities in relation to which relief was granted under the JCPOA. This includes: