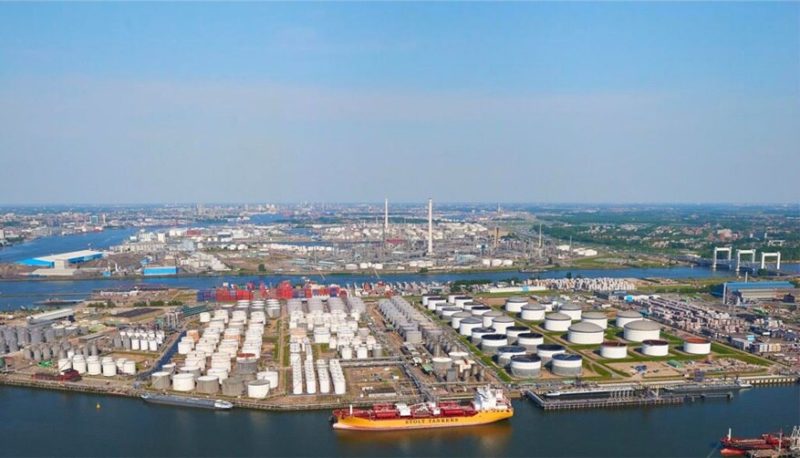 Maersk Oil Trading and Dutch storage company Koole Terminals announced the signing of an agreement to produce IMO 2020-compliant bunker fuel. The production will take place at the Petrochemical Industrial Distillation (PID) unit, located at Koole’s Botlek site in the Port of Rotterdam.

With less than four months remaining for the global implementation of the 2020 sulphur cap, the toll distillation deal is expected to allow Maersk to produce VLSFO bunker fuel, further expanding its bunker supply volumes in Europe.

The fuel manufacturing process allows Maersk to produce compatible low sulphur fuels that complies with the IMO 2020 sulphur cap implementation, reducing the need to rely on 0.1% price-based gasoil and fuel oil outside the ECA zones. Our activities with Koole will be an important driver in ensuring stable, reliable services for Maersk’s customers during a potentially volatile period for global shipping,

The IMO sulphur cap will be implemented globally as of 1st January 2020, mandating ships to run on fuel containing no more than 0.5% m/m of sulphur unless they have a scrubber installed.

Bunker fuels within the ECA (Emission Control Area) zones will remain at the current cap of 0.1% sulphur.

Maersk has earlier expressed its preference to opt for alternative fuels over scrubbers, the company recently revealed plans to install some exhaust gas cleaning systems to a small number of vessels.

Maersk tankers said earlier in 2019 that it would install scrubbers on four LR2 vessels in the Maersk Product Tanker fleet.