Maersk Essen to arrive in Mexico after container loss 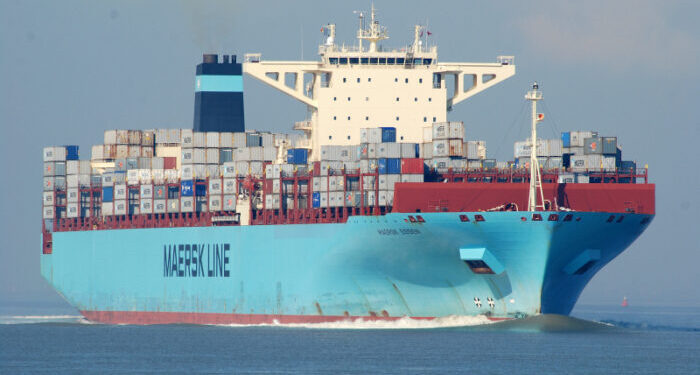 Following the container loss incident of Maersk Essen which took place on January 16, the vessel is about to arrive at the APM Terminals Lazaro Cardenas, Mexico.

To remind, the 13,100 teu Maersk Essen lost 750 containers in the North Pacific, due to the heavy weather.

“The amount of time to discharge the damaged containers is not clear yet – we will have clarity once the vessel arrives into port, a damage assessment is performed and port operations get underway”.

…Maersk said in a press release.

In light of the situation, the vessel has rerouted to Mexico instead of Los Angeles.

As explained, the ship is heading south, bound for the Port of Lázaro Cárdenas, in order to spend some time along side taking off damaged boxes on deck, while it will also be surveyed for repairs.

“The vessel will arrive at the APM Terminals Lazaro Cardenas, Mexico berth on Saturday, January 30, 2021. The plan is to inspect the vessel and any damaged cargo onboard and then determine cargo options”.

…as the company stated.

After the accident, Maersk is exploring several cargo options, in an effort to deliver the containers to its customers.

Namely, as a first option, Maersk hopes to be able to remove the damaged containers (located above deck) in Lazaro Cardenas and then sail the vessel to APM Terminals Pier 400 Los Angeles, California (the original port call) for normal discharge operations.