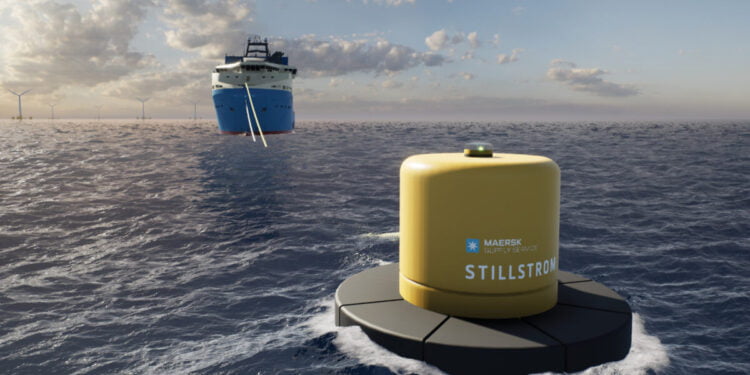 Maersk plans to install hundreds of offshore charging stations around the world to enable vessels to power themselves with electricity instead of fossil fuels while waiting outside ports.

With this solution, Maersk aims to limit carbon emissions and cut air pollution from the around 3,500 commercial vessels that each day consume fuel oil to generate power while laying idle at ports around the world.

More specifically, Stillstrom, a new company owned by Maersk’s offshore marine service division, has created technology that will allow vessels to charge while moored to a buoy connected to land via a transmission line.

The group aims to install between three and 10 buoys at up 100 ports by 2028, cutting carbon emissions by 5 million tonnes a year, while also reducing air and noise pollution, Stillstrom manager Sebastian Klasterer Toft told Reuters.

Our vision at Stillstrom is to enable maritime decarbonisation, by providing the infrastructure that will allow vessels to charge from clean energy when idle offshore

The first such buoy operating at commercial scale will be installed between July and September this year at an offshore wind farm operated by Orsted.

Tests will take place for six to nine months, followed by a commercial roll-out at between 50 and 100 ports by 2028, according to Maersk.

The company is already in talks with several ports around the world.