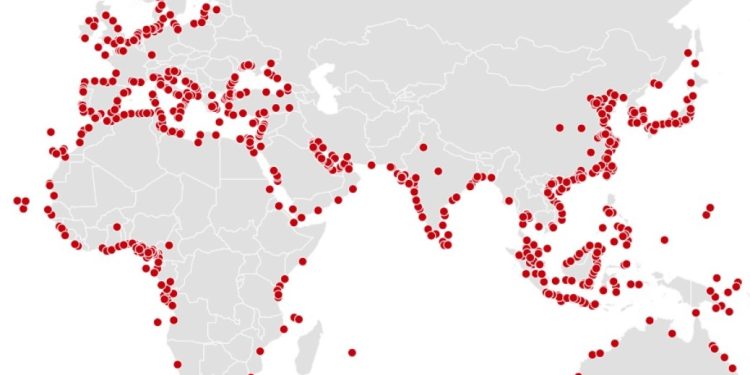 The use of the mechanism has significantly increased over the years. To date, MACN has collected more than 50,000 reports of corrupt demands globally. MACN uses this data to analyse trends in frequency of incidents, allowing MACN to scope out collective action efforts and engage with governments. It is a powerful tool to drive collective action and empower seafarers.

MACN has in 2022 launched a new online data site which aims to showcase the incident data at the global level, country level and port level. The data site also hosts the Global Port Integrity Platform (GPIP) which measures integrity in ports worldwide. The platform is the first of its kind and builds on MACN’s incident data and gives further context and depth to the integrity challenges at port level by using several data sources, vetted by external experts, researchers, and port level stakeholders.

MACN would like to express appreciation to all individuals and organizations who made this project possible. We are particularly grateful for the support provided by The United Nations Conference on Trade and Development (UNCTAD), The International Association of Ports and Harbors (IAPH)

The Federation of National Associations of Ship Brokers and Agents (FONASBA), The International Chamber of Shipping (ICS), and the Basel Institute on Governance

GPIP sets the standard on port integrity performance and should open evidence-based conversations with ports, authorities, governments and the private sector as well as other MACN stakeholders on reducing corruption risks and promoting integrity in ports. The platform will also support the maritime industry to assess port level risks and reject corrupt demands during port calls.

Last week, the Maritime Anti-Corruption Network announced the appointment of Ann Shazell as Chair of the Board. Additionally, Captain Rajesh Unni was elected Vice Chair and Martin Krafft has joined the Board.