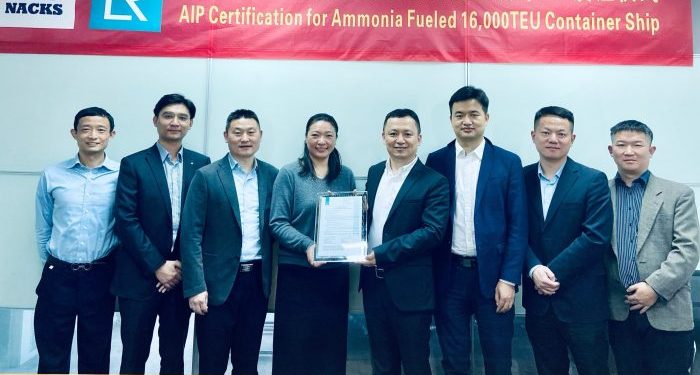 LR, NACKS and HHM started work on the project in early 2021 with the AiP awarded following a risk-based HAZID certification in which the three partners discussed the flammable, highly toxic and corrosive nature of ammonia and attended risk assessment seminars.

As part of the approval process the three parties also conducted research and discussion on the arrangement of the fuel tank, the selection of fuel tank material, vent mast positioning, double-walled pipe ventilation detection, bunkering station arrangement as well as detection and fire control of ammonia leakage.

Ammonia has been recognised as one of the most promising alternative fuels for achieving zero-carbon shipping goals. Unlike other alternative fuels, ammonia does not release carbon dioxide when burned, and can meet stricter greenhouse gas emission standards in the future