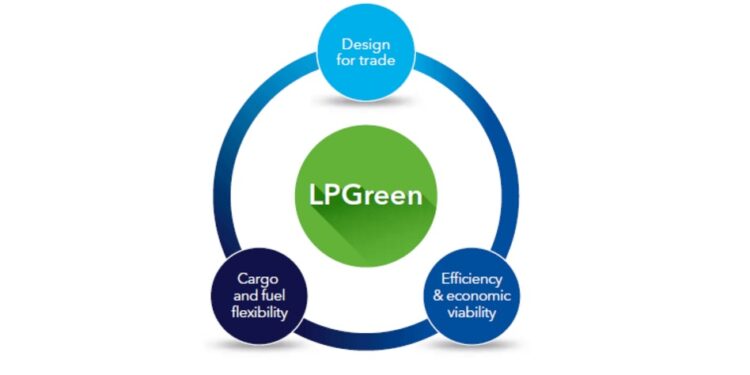 LPGreen, a joint development project between four leaders in the maritime industry, has been working on a concept design for an LPG carrier capable of operating on LPG fuel. Almost a year into the project, the partners agree the results to date have been good.

The partners to the project include Consolidated Marine Management (CMM), the shipyard Hyundai Heavy Industries (HHI), the manufacturer Wärtsilä Oil & Gas (WAR), and DNV ­GL as the classification society.

“The LPGreen project could not have happened at a better time. With 2020 fast approaching, the shipping industry will have to make the right decisions in regard to the proper option and avoid spending a lot of money unnecessarily to meet the new regulations coming over the horizon. This concept of LPG carriers offering the efficient option of burning LPG is new. Nothing like it has been developed in the past,” says Kostas Vlachos, COO, CMM.

The project has utilized the latest advances in machinery technology, ship design and operational experience within the bounds of existing shipbuilding methods.

“Comparisons with the reference ship demonstrate that the concept improves overall efficiency by up to nine per cent, reduces energy demand for the cargo handling system by up to six per cent, potentially cuts loading times by up to 35 per cent, and reduces fuel costs through the use of LPG fuel by up to 30 per cent,” he points out.

In view of this, CMM’s COO suggested that shipowners and their customers should be made aware of the concept as the industry is considering using LNG as a ship fuel.

“But on an LPG carrier, that is not the best option,” he emphasizes. “I believe LPG ships burning LNG are not the right idea to pursue, since LPG is already available on board LPG carriers and adding a second gas fuel (LNG) will add to the overall complexity.”

The far-reaching deviations from traditional designs will make the LPGreen concept attractive, he believes, not only in terms of the type of fuel burned by the main engine but also the changes affecting the cargo reliquefaction plant. The LPGreen concept also offers great benefits to VLGC owners and operators.

“Now it is up to us to convince the Asian market to follow. The concept is a revolution compared to the classical designs. It secures a lot of energy savings and safety advantages,” he concludes.