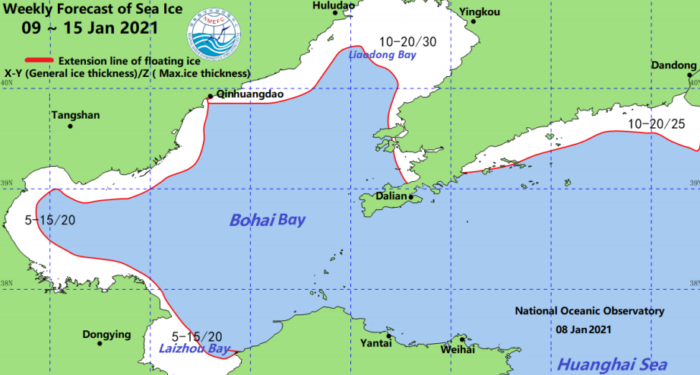 The Oasis Club reports that the ice condition in Bohai and Huanghai sea area has been developing quickly, given the low temperatures in Northern China that began in December 2020.

The Club notes to vessels that plan to call the ports mentioned above to be aware of the following:

Concluding, it is noted that in Liaodong Bay, the ice along the coast extends from 10 miles to 40 miles from shore within a short period. According to the current forecast, in the following week (11 – 19 January) the ice condition will further develop, and the floating ice will reach 50 miles in Liaodong Bay, 10-15 miles in Bohai Bay and Laizhou Bay, and 10-20 miles in north Huanghai Sea.