London will continue as an arbitration leader

HFW, a global, sector-focused law firm, published a report according to which London keeps on having a dominant place on the market for maritime arbitration, despite reports that Brexit would result to developing disputes hubs around the world.

Mainly, there’s an allegation that Brexit and the general increasing competition, could affect the pre-eminence of London as a marine dispute resolution centre. 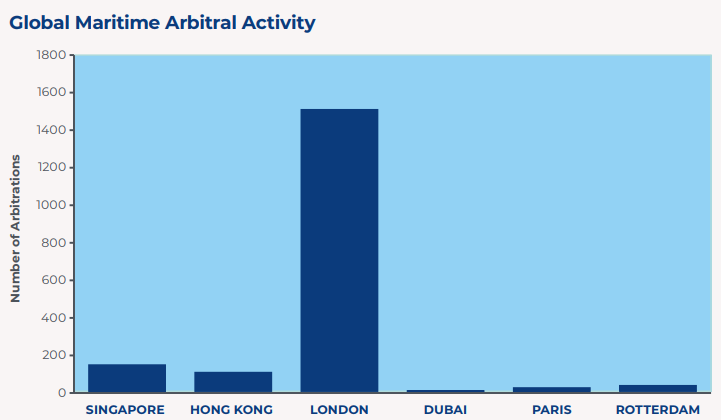 According to the report and as presented above, London still maintains the largest share of maritime arbitrations globally.

In 2017, Singapore handled 140 maritime cases, across the SIAC, SCMA, LMAA and ICC arbitral institutions, reflecting a small increase on the amount of cases in Singapore for the year 2016.

Yet, in comparison to London the number of maritime arbitrations seated in Singapore in 2017 still represents less than 10% of London’s caseload.

In the meantime, Hong Kong dealt with 23 maritime arbitrations in 2017. The number reflects a 36% reduction in comparison to 2016’s statistics. 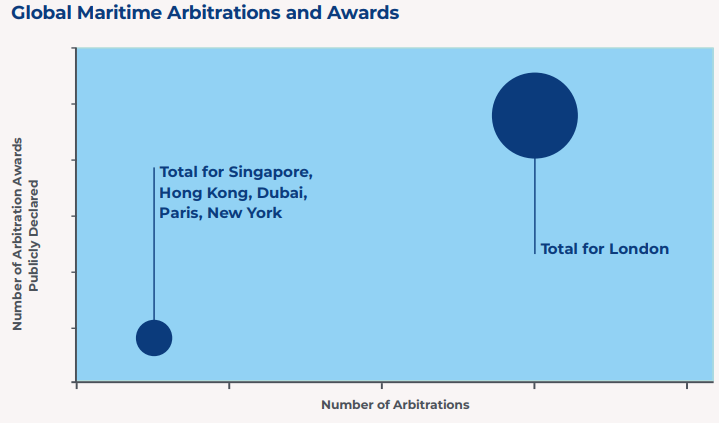 Concerning Europe’s arbitration numbers, Paris remained stable in 2017 as in 2016, whereas Denmark and Sweden showed modesty. Additionally, Rotterdam administered up to 30 new maritime arbitrations in 2017 under UNUM Rules.

The researchers support that the dispute against London is more likely to continue. According to their analysis, London remains strongly in favour within the shipping industry and is likely to continue to attract the majority of maritime arbitrations.

Expectations of Singapore and Hong Kong to keep on attracting companies operating in Asia, and Dubai and the Nordic countries are becoming higher.

Also, they anticipate that the number of arbitrations will be evenly spread across centres , as Paris and Rotterdam.

There has been a lot of debate about whether London will lose business as a result of Brexit. Our research clearly shows that, when it comes to shipping disputes, London is still the clear market leader, and we see nothing to suggest that will change in the foreseeable future.

Concluding, for more information you may click on the PDF herebelow 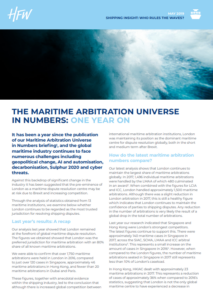