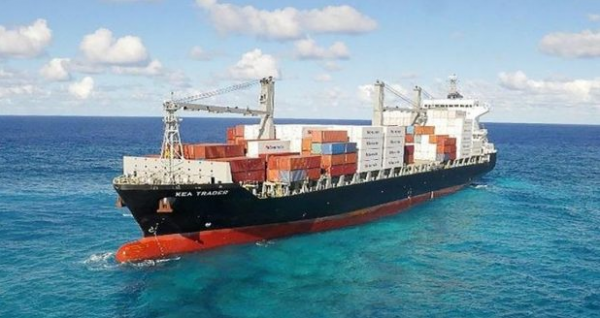 Lomar’s newbuild has to be recycled after grounding

Lomar Shipping announced that its newbuild container vessel Kea Trader, which ran aground on a reef off New Caledonia on July 12, will have to be recycled, as the recent damage assessments have shown that repairing is not feasible.

As explained, recent underwater inspections have shown that the 2,194-TEU ship has suffered extensive damage in propeller and hull and rudder and the condition is deteriorating, so the company  had to agree with its H&M insurer that the 2017-built vessel needs to be scrapped.

"Most double bottom tanks have been affected. There is water ingress in all five cargo holds, which is being controlled by portable pumps where possible to protect cargo," the company said in an official statement.

What is more, there is evidence of further structural damage within the vessel and the situation becomes worse, as the ship remains on the rock reef during rough swells.

This situation is being managed by Ardent salvage team and the vessel's crew. Ardent will continue to salvage the remaining cargo, before disposing of the vessel, by protecting also the marine environment, as agreed with Lomar.

More than two-thirds of the 756 containers have already been removed, but inclement weather hampers the operation.