Allegedly, Aseem was on anchorage, and Shinyo Ocean after the collision was relocated to other position.

Both of the vessels remain on anchorage after the incident. 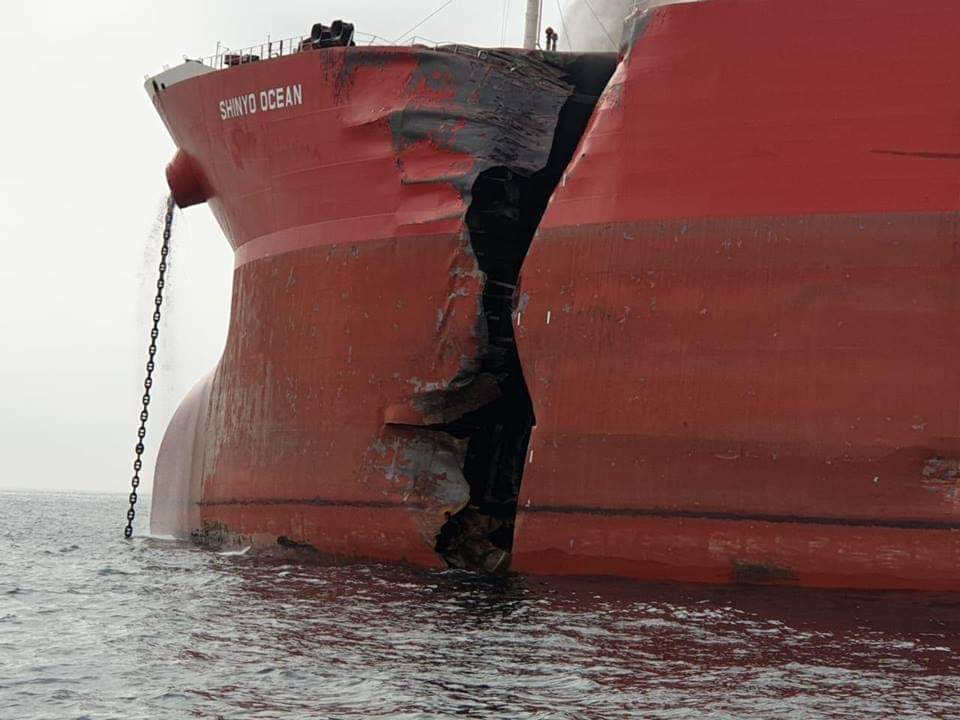 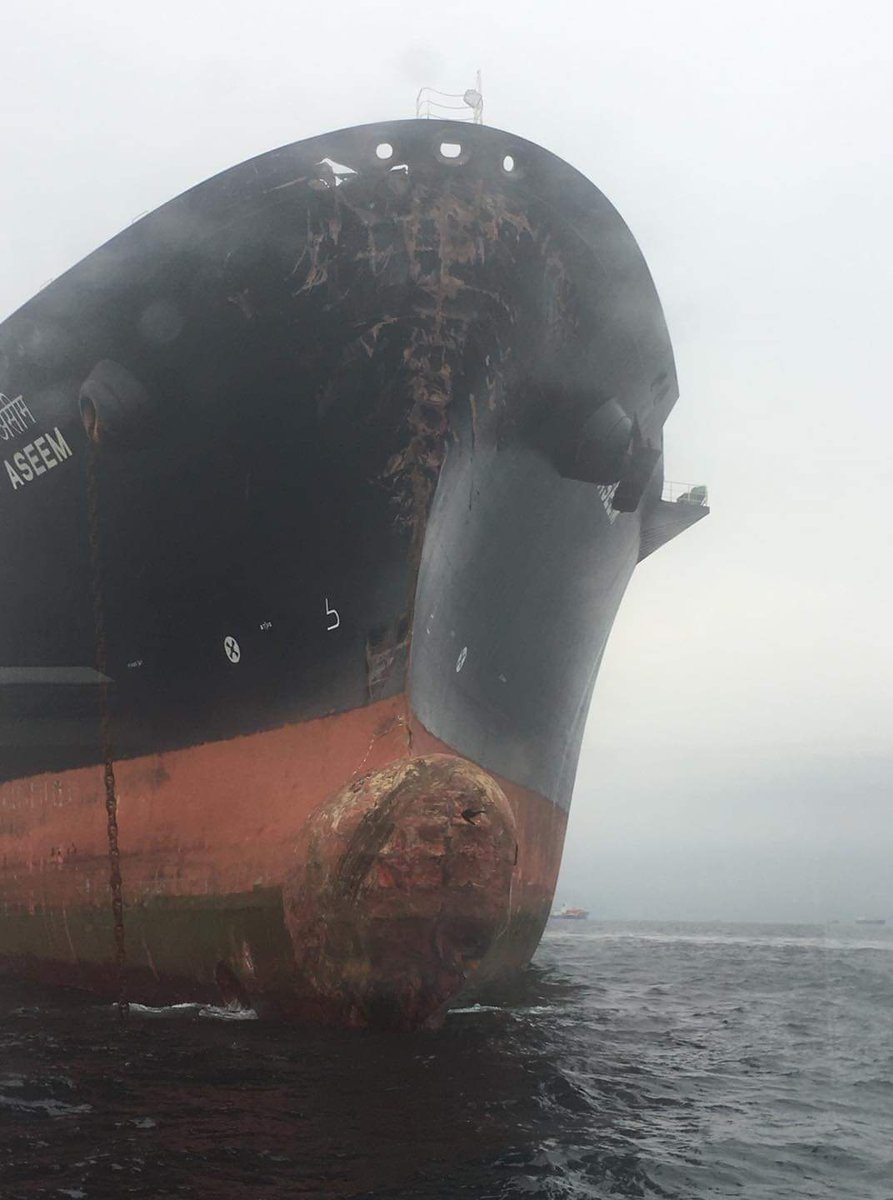 Aseem was inbound, but AIS data suggests that it executed a round turn to starboard several minutes before the casualty, turning through 270 degrees.

Shinyo Ocean executed a 90 degree turn to starboard, that placed the vessel in front of Aseem's new trajectory.

Based on AIS data, it appears that the two vessels would not have interacted with each other if one or both had maintained their previous courses.