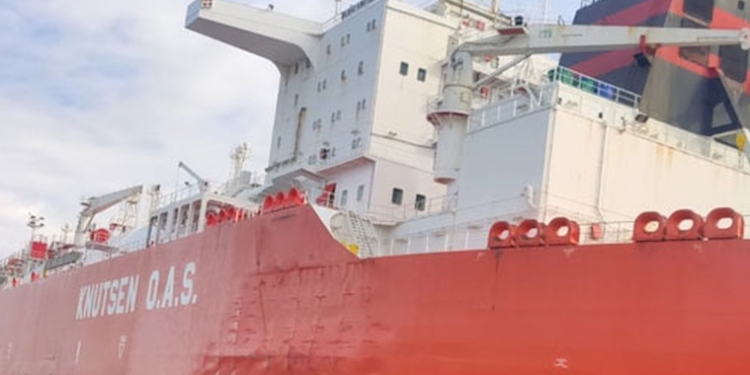 The LNG carrier “Bilbao Knutsen”, owned by the Norwegian shipping company Knutsen, has suffered damage after being hit by the oil tanker “STO Pimlico” on the high seas off the port of Huelva in the anchorage area.

Namely, the Ministry of Transport, Mobility and Urban Planning (MITMA) reported that the LNG tanker collided on Friday April 30 with the oil tanker STI Pimlico, operated by Scorpio tankers, about four miles from the port of Huelva.

Both ships suffered hull damage during the side collision in the port’s anchorage area, although no injuries or spills were reported from the ships, according to MITMA.

The Bilbao Knutsen left the port of Huesca, which houses the LNG import terminal operated by Enagas, while the STI Pimlico headed for the port.

Overall, the ministry has not provided further information, although the images show several dents on the port side of the Bilbao Knutsen, while STI Pimlico suffered mainly damage to starboard.