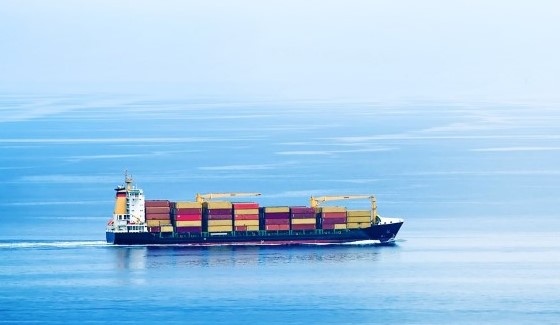 ABS published the white paper “Sustainability Whitepaper: LNG as Marine Fuel” in which it discusses the growing concern surrounding methane and the potential for future regulations for methane slip.

Methane is of primary concern due to its increased Global Warming Potential (GWP) over other greenhouse gases (GHGs). There are various studies on the life-cycle GHG emissions, the results of which are typically shown on a 100-year or 20-year GWP basis.

According to the report, there are three primary causes of methane slip:

Scavenging leakage takes place when the methane and air mixture passes directly to the exhaust, for example when gas injection to the cylinder occurs prior to closing the exhaust valve. Incomplete combustion occurs in all IC engine types but is primarily an issue for lean burn Otto process gas engines.

As ABS says, incomplete combustion can occur for many reasons (including trapped methane, detailed below) but it is typically due to flame quenching close to the cylinder walls and extinguishing of the combustion flame at low pressure and temperature.

This is effectively fuel quenching at the coldest part of the combustion chamber while the engine is running. This results in increased methane emissions during transient operation and operation at low engine loads.

Dead volumes, or crevices, within an IC engine cylinder and combustion chamber are also a source for incomplete combustion and an opportunity for methane to leak directly to the exhaust. The amount of methane slip emitted is highly dependent on the installed engine technology.

For example, high-pressure gas injection engines using the diesel combustion process in gas mode can reduce levels of methane slip to the engine exhaust more so than low-pressure engines applying the Otto combustion process in gas mode. A two-stroke engine, when compared to a four-stroke engine, is also typically more effective at reducing methane slip due to the reduced quantities of geometric gas traps.

Methane slip can be reduced by running engines at higher power output. While this is not possible in all ship propulsion and power generation arrangements, it can be used in power generation load sharing to optimize power plant operation to reduce methane emissions.

The IMO’s Intersessional Working Group on Reduction of GHG Emissions from Ships continues to consider approaches to control methane slip, which is part of the 37 Candidate Measure Proposals submitted to IMO for adoption. Options to address methane slip include direct methane emission controls or indirect means through fuel carbon factors. The engine manufacturers’ latest specifications and latest updates on the dual-fuel (DF) engine concepts regarding possible primary reductions of methane slip, should be referenced, the report concludes.