LISCR: Detentions in the US increase 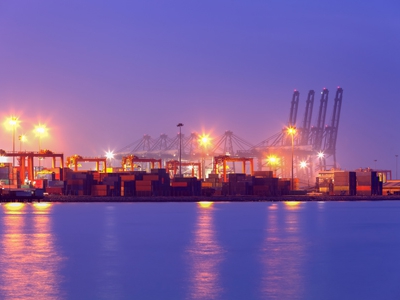 USCG has increased its scrutiny of pre-existing deficiencies

The USCG has increased its scrutiny of pre-existing deficiencies that are not reported prior to a vessels arrival or at the time of initial port State boarding and where there is no evidence that corrective action has been initiated. The increased scrutiny is resulting in a significant increase in USCG detentions.

Detentions are avoidable, provided pre-existing deficiencies are reported and there is evidence that corrective action has been initiated. LISCR receive many pre-arrival check lists indicting all is in order, yet during PSC inspections equipment is not operating as required and such problems were preexisting and there is no evidence that corrective action has been taken.

Require Master’s and crew to report all defective, inoperable equipment, system, etc., and ensure corrective action has been initiated, in accordance with the Safety Management System.

Notify the Administration at [email protected] prior to the vessels port call of any defective, inoperable equipment, system, etc., so we are aware and can assist by authorizing additional time for repair or other alternative action, if needed.

Ensure the Administration at [email protected] is copied on the vessels Advance Notice of Arrival (ANOA).

1. On 10 June a 20,000 GT Bulk Carrier arrived in New Orleans. Prior to the vessels arrival a Port Captain for the company boarded the vessel and conducted an inspection. He found a problem with the OWS and the Oil Record Book which he reported to the Administration. We told him to develop a corrective action plan, which he did, and he also contacted the technician for the OWS and class. We reported to the USCG and had a flag State inspector attend. The USCG boarded the vessel about an hour later. They were satisfied with our actions and did not issue any deficiencies.

2. On 16 June 2015 a 50,000 GT Container vessel in Savannah, Georgia, reported a problem with the number 2 steering gear motor while the vessel was in port. We reported this to the USCG at the request of the vessel operator, and the company provided a corrective action plan to Administration and the USCG. Class was in attendance. The USCG inspector then came on board and found the steering gear in disrepair. He was about to detain the vessel, when he was informed by the Captain of the ship that his office and the Administration had been informed. He called to confirm. The USCG inspector was satisfied and the vessel was not issued a deficiency even though the steering gear motor was not working properly. The USCG returned later when contacted by class to witness the testing of the repaired steering gear before departure.

3. On 20 June 2015 a 50,000 GT Bulk Carrier arrived in New Orleans. Prior to the vessel’s arrival the operator had asked for a flag State inspector as the vessel had been detained twice before in other ports. We reviewed the PSC record with the operator and requested a report regarding any existing deficiencies. All was reported in order. Our inspector attended and reported no deficiencies, and when the USCG came on board they saw our inspector in attendance. The USCG report indicated no deficiencies.