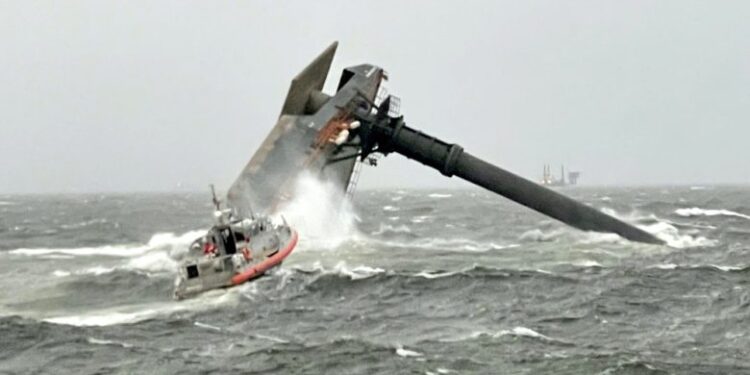 The US Coast Guard and multiple good Samaritan vessels rescued six people from a capsized commercial vessel on April 13, and are now searching for more 8 miles south of Port Fourchon.

The crew of a 154-foot Fast Response Cutter arrived on scene within 30 minutes and rescued one person from the capsized vessel.

According to information, the Seacor Power toppled over in stormy weather conditions. Seacor Marine informed that there were 18 crew on the ship when it capsized.