by The Editorial Team
in Detentions, Fines 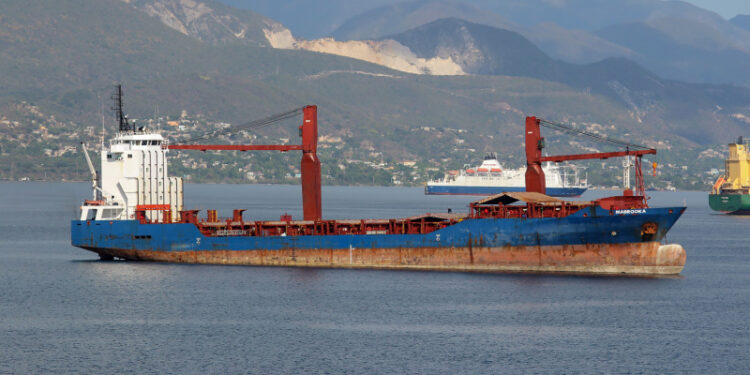 Libyan militia released the Turkish-owned cargo ship MV Mabrooka on Thursday, following detention on 5 December off Derna. The release was allowed after reportedly paying a fine for entering Libyan waters without permission.

The Jamaican-flagged ship was detained on 5th December while on route to Misrata, after it reportedly entered the restricted zone offshore of Derna and failed to respond to calls.

An LNA spokesperson issued a statement last week that the vessel had been “intercepted and was then towed to Ras Al-Halil port”. There was a total of 17 crew onboard at the time, including 9 Turks, 7 Indians and 1 Azerbaijan.

The waters offshore of Derna are the highest risk in Libya, because of the history of incidents and vessels detained, says maritime security firm Dryad Global. Vessels are advised to maintain caution when transiting this region and maintain at least 50nm offshore.

Following interception, Turkey had called for the immediate release of the ship warning of “grave consequences.” Tensions are increasing in Libya over the presence of Turkish warships offshore of Misrata, which has prompted a mobilisation of both LNA and GNA forces towards Sirte.