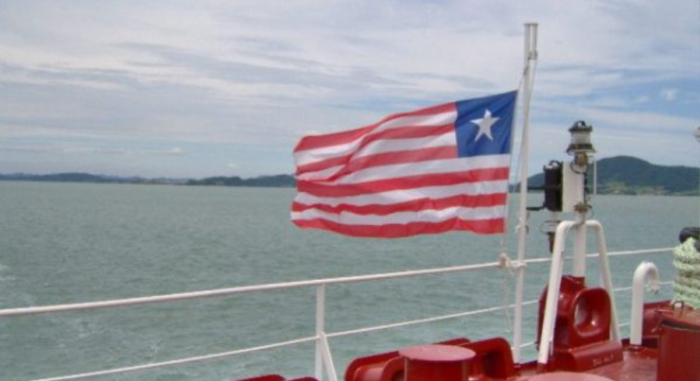 During the COVID-19 pandemic, Liberia Maritime Authority issued a marine advisory informing Shipowners, Operators, Masters and Recognized Organizations how to act in case they are facing difficulties in conducting their operations due to the outbreak.

Specifically, Liberia published a guidance to assist ship operations run smoothly. If shipowners and operators face difficulties including restricted access to shipyards and ports for inspectors, auditors, surveyors and seafarers, which could result in delays in conducting statutory surveys, audits, inspections, crew changes, etc., to maintain validity of certificates and compliance with regulations.

In fact, vessel owners and operators should be aware of the following:

Will the Administration extend the internal initial shipboard ISM audit beyond 3 months (see 14.4.3 of the ISM Code)?
The Administration will authorize an extension for up to one month. The company should provide evidence the audit was planned to take place within three months, and they are not able to complete the audit due to the port restrictions created in response to the COVID-19. If needed, the Administration may extend, or authorize the RO to extend the Interim SMC a full 6 months (1 year from the date of issuance of the Interim SMC).

Can the internal annual ISM shipboard Audit be extended beyond the 15 months allowed by IMO Resolution MSC 273(85) as authorized in ISM-001?
The internal annual ISM Audit cannot be extended beyond 15 months. It is the responsibility on the company to ensure their internal audits are performed as near as possible in accordance with Part A/12 of the ISM Code and may include a methodology other than physical on-board audits, while ensuring that personnel carrying out audits are independent of the areas being audited.

Will the Administration extend the external initial ISM shipboard audit beyond the 6 months provided on the Interim SMC?
The requirement states the certificate is to be issued for a period of 6 months from the date of the interim audit, but 14.3 of the ISM Code authorizes an extension of the validity of an Interim SMC in special cases for a further period which should not exceed 6 months from the date of expiry of the initial interim certificate. If adequate justification with supporting documentation is provided, the Administration will extend the Interim SMC accordingly.

Will the Administration extend the date for the external shipboard renewal audit required by the ISM Code?
The requirement states the certificate is to be issued for a period of 5 years from the date of the initial audit. 13.14 of the ISM Code authorizes an extension of the validity of the SMC for a further period of three months if the vessel is not in a port where the audit can take place. If adequate justification with supporting documentation is provided, the Administration will issue an extended SMC, or authorize the RO to extend SMC. 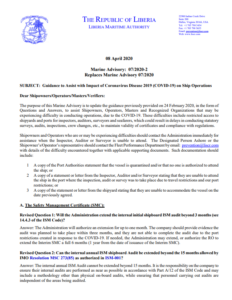