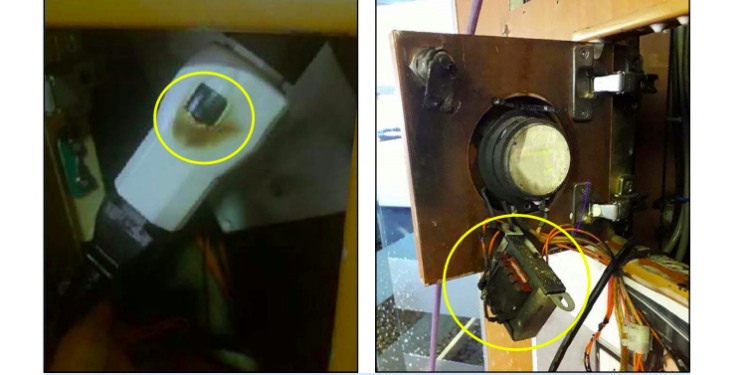 In its latest Safety Digest, UK MAIB describes a case of small fire on the TV onboard a ferry, which was attributed to an overheated electrical power surge protection unit that had been fitted by the ferry owners to help prevent screen failures.

A small fire broke out behind a passenger information display screen onboard a ferry.

An of-duty crew member saw the fire, raised the alarm and extinguished it immediately using a portable fire extinguisher.

The onboard investigation concluded that the cause of the fire was an overheated electrical power surge protection unit that had been fitted by the ferry owners to help prevent screen failures.

It also established that some components in the passenger information system electrical circuits had been installed to a poor standard and that a 100 volt transformer for an external speaker amplifier was coated with a thick layer of dust and grime and had also overheated.

The ferry owner’s investigation identified that the surge protection units were unnecessary as the vessel’s electrical systems were already protected with circuit breakers and the information screens had individual protection fuses.

As a precaution, the owners removed the surge protection units and replaced the 100 volt transformers on all their ferries.

See also: Do’s and Don’ts for fire safety on ferries