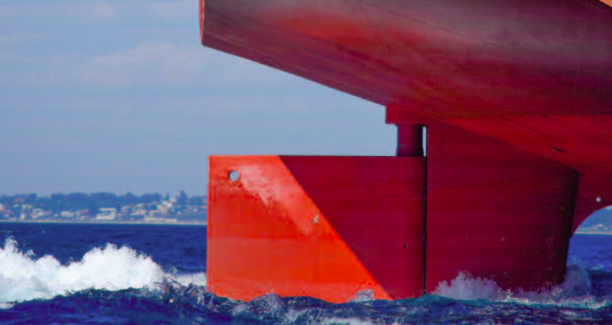 In its recently released casebook containing safety lessons learned from maritime incidents, the Swedish Club describes a case of stowaways found in the steering gear trunk.

A container vessel had departed from Lagos and the next port of call was in Malaysia. Before departure, the crew performed a stowaway search as per the SSP and there were no stowaways. The vessel departed and after disembarkation, another search was carried out, with stowaways still not found.

However, the following day, the Bosun heard knocking sounds coming from the hull in the steering gear room. He immediately informed the Master and the crew started to investigate the sounds.

There is never access to the rudder trunk from the inside of the vessel as it is just an open void considered part of the hull.

As the vessel was in open sea, the Master brought the vessel to a stop. The crew lowered a camera on the stern to see if they could see anything by the rudder. When they recovered the camera and watched what they had filmed, they could see three people sitting on the rudder.

The crew lowered the rescue boat and picked up the three men. The stowaways had used a small rowing boat to reach the vessel. Then, they had managed to climb up the rudder and into the rudder trunk. For the stowaways to disembark, the vessel had to divert to Cape Town.

It is extremely unlikely that a person would be able to sit on the rudder and not be washed out of the rudder trunk during a sea passage.

If people in the rudder trunk are not found before departure or shortly after departure, they will most likely be lost at sea.

To prevent stowaways from achieving access, please consider the following if the vessel is in a port with a high risk of stowaways:

See also: Preventing stowaways on board