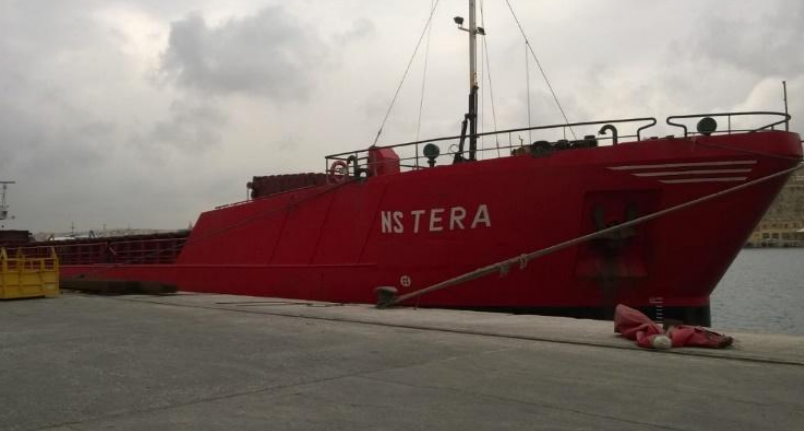 NS Tera arrived at Valletta on 16 April 2018 and berthed at Laboratory Wharf at 1700 to discharge cargo of rolled steel products.

Discharge operations started immediately, but were suspended for the night and resumed the following morning.

At around 1440 on 17 April, while the gang at the aft end was slinging a steel coil, one of the stevedores attempted to arrange the chain sling through one of the coils.

In the process, he was caught between two adjacent coils from the chest area. He was immediately assisted by his colleagues and transferred to a local hospital after being freed.

The safety investigation revealed that during his attempt to arrange the chain sling, one of the steel coils dislodged itself and entrapped the stevedore. 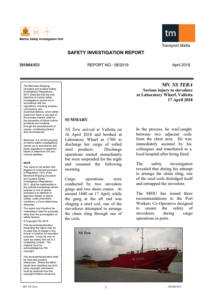