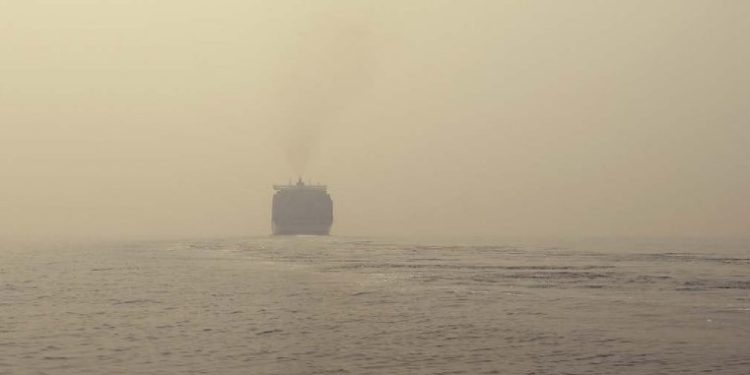 The Swedish Club published its latest monthly safety scenario, describing an incident where two vessel collided due to restricted visibility.

Vessel A was a 2,692 TEU container vessel underway. Shortly after commencing the sea passage, visibility worsened and the vessel encountered dense fog with SW winds at Beaufort scale 6. On the bridge were the Master, OOW and a lookout. The Master had the conn. At 20:00 the Second Officer took over the watch from the Third Officer. The visibility was only 0.1 NM and the fog was persistent into the evening. The Master stayed on the bridge the entire time.

Vessel A was maintaining a speed of 17 knots on a course of 240 degrees, the vessel was sounding fog signals. Both the ARPA (automatic radar plotting aid) X-band and S-band radar were used and the ranges were changed between 3 NM and 6 NM.

However, the Master of vessel A continued the voyage at the same speed and course. After a while the vessel traffic service (VTS) called vessel A and told them to stop and await the coast guard. At the time of the collision the fishing vessel was fishing by casting fishing pots overboard.

When discussing this case, operators should consider that the actions taken at the time made sense for all involved, by asking the following questions: