Lessons learned: Repair should not be delayed until a future repair period 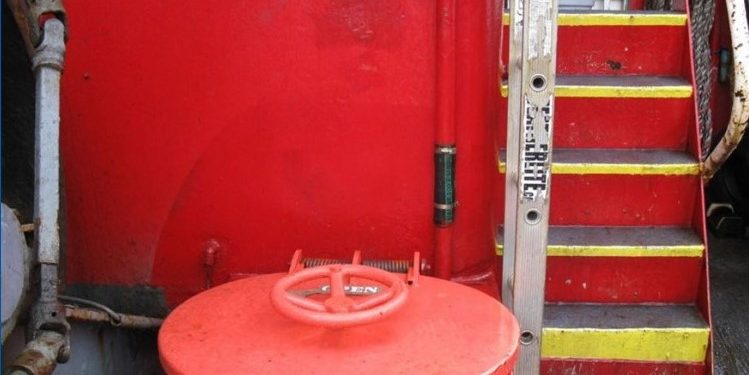 In its most recent “Good Catch” – a series where the American Club provides valuable lessons learned from incidents – the Club refers to an incident where a crew member severely injured his hand while on board.

The crew of a coastal tug was preparing to get underway. They had loaded onboard all the supplies they had needed including a large grocery order. The tug’s engineer and a shore-based mechanic had just finished some minor repairs and engine room maintenance items. While they were at the dock, the engineers had opened the emergency escape hatch to the main deck to allow for ventilation.

The weather had been great, and it felt good to get some cool fresh air into the engine room. The crew was busy stowing the supplies and getting ready for the planned ocean transit. The weather was expected to be typical for that time of year. The forecast called for seas at 3-5 feet and steady winds of 12-15 knots with scattered afternoon squalls and thunderstorms. One of the deckhands decided to close the open hatch cover to the engine room emergency escape.

He released the safety catch and started to lower the hatch. He saw that the hatch cover had a spring counterbalance and assumed that he may have to lean on the hatch cover to get it closed all the way. Instead, the heavy hatch slammed rapidly and unexpectedly closed and caught his hand. He screamed in pain but was able to lift the hatch enough to release his hand. It was immediately obvious that he had seriously injured it. It immediately started to swell and discolor, and he could not move his fingers. The injured deckhand was quickly sent to the emergency room for medical treatment.

The investigation found that the spring counterbalance was inoperative and was on the worklist to be fixed during the next shipyard period. The engineers on
the vessel were aware that the spring counterbalance did not work. They had reported it to the vessel superintendent who had added it to the shipyard worklist. It took 2 of the engineers to open it, but the fresh air was welcome. They had planned to close it carefully before they vessel got underway, but the deckhand beat them to it. The deckhand was not aware that the counterbalance was not functional.

The American Club provides valuable lessons learned in order to avoid similar incidents from happening in the future.