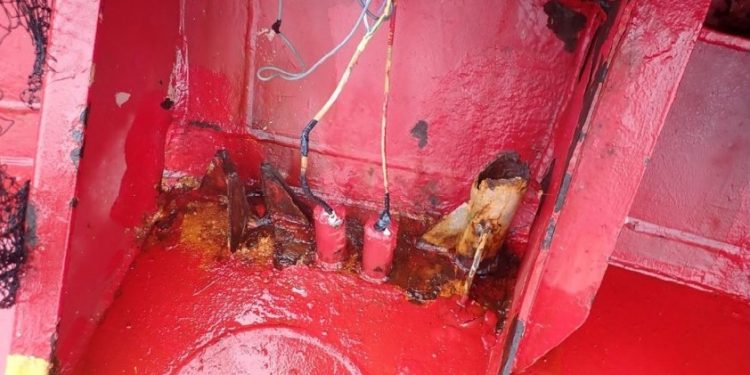 In its most recent “Good Catch” series, the American Club presents a case where a ship was detained due to an ISM deficiency, arising from poor wiring.

Since there was no electrician onboard, the vessel’s third engineer was sent to investigate why the vessel’s forward anchor light was out. He found the wiring in extremely poor condition.

The insulation was missing in some areas and heavily cracked in others. The wire itself was shorted out against the side of the deck penetration. He made repairs using some wire he had in his tool belt and a lot of electrical tape. He then reported that the problem was fixed.

Two days later, with the vessel still at anchor, a Port State Control inspector observed the poor wiring and detained the vessel for an ISM deficiency. In the course of investigating the cause of the detention, the Chief Engineer and Master were upset that the third engineer’s repair had been so poor.

However, they were more upset that the third engineer had not recognized or reported the need for more permanent repairs consistent with the vessel’s safety management system.

A poor repair could have caused the forward anchor light to fail again. That would have increased the risk of a collision and increased the potential confusion for other vessels maneuvering into and out of the anchorage. Additionally, the poor electrical repair created an electrical shock hazard.