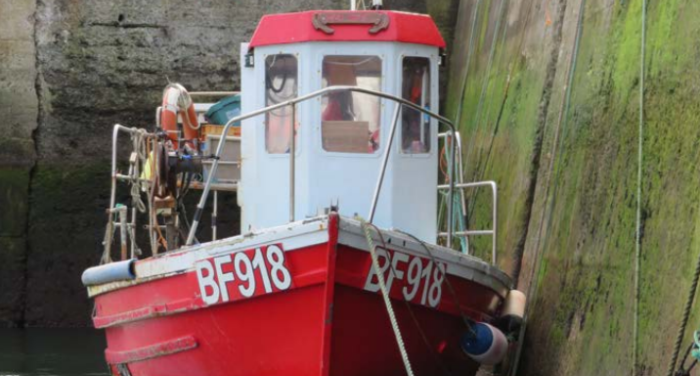 UK MAIB issued an accident report on a fatal incident, when a skipper became entangled in a back rope while shooting creels and was hauled overboard; The son of the ill-fated skipper saw the  single-handed creel boat Sea Mist wandering around without him on board and raised the alarm.

On March 27, 2019, at approximately 1225 UTC+1, Tonny Masson, the skipper and owner of the Sea Mist became entangled in a back rope and fell overboard.

There was no witness on the area of the incident to see the skipper in distress. Yet, the skipper's son who was nearby with his own fishing level, Ocean Lee, saw his father's vessel circling and called for help. To stop the fishing vessel, Ocean Lee’s skipper drove his vessel into Sea Mist on its starboard side and boarded the vessel. Once on board, he placed the engine throttle to neutral, stopped  the engine and dropped the anchor.

At 1321, Sea Mist’s skipper was recovered from the water by the crew from a Royal National Lifeboat Institution (RNLI) lifeboat. When he arrived at the hospital he was declared deceased.

The ill-fated skipper was working on his own on deck, and was not equipped with a personal flotation device. There were no barriers to separate him from his fishing gear.

The investigation resulted to possible scenarios of how the skipper lost his life:

There have been 33 recorded fatalities on UK creel boats/potting vessels since the beginning of 2007, 20 of which were a result of either falling or being dragged overboard with the gear. 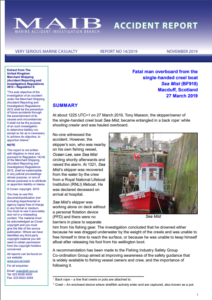