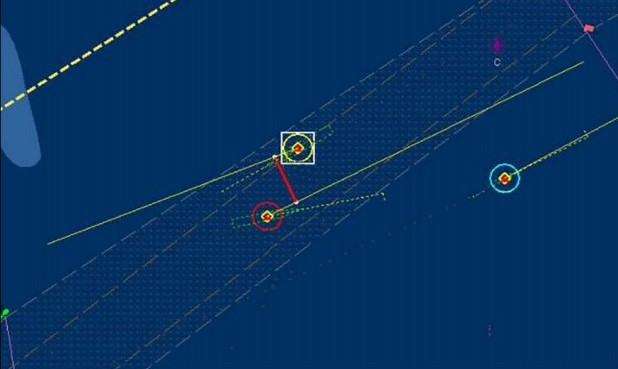 UK MAIB in its most recent Safety Digest informs about an unnecessary risk of collision of an inbound bulk carrier with a ro-ro passenger ferry.

The wind was light and the visibility good when a ro-ro passenger ferry departed its berth on a scheduled night crossing.

On the bridge were the master, who held a pilot exemption certifcate, an OOW and a helmsman. During departure the local VTS informed them of the trafc situation, which consisted of a bulk carrier that was inbound with a pilot on board, and a coaster, outbound ahead of the ferry, which was about to drop its pilot at the seaward end of the buoyed channel.

The ferry’s bridge team acknowledged receipt of the trafc information from VTS but did not attempt to acquire the inbound bulk carrier on either radar or AIS.

Soon after the pilot on the inbound bulk carrier raised his concerns with VTS that the ferry’s position appeared to be to the north of the channel and was likely to cause a risk of collision.