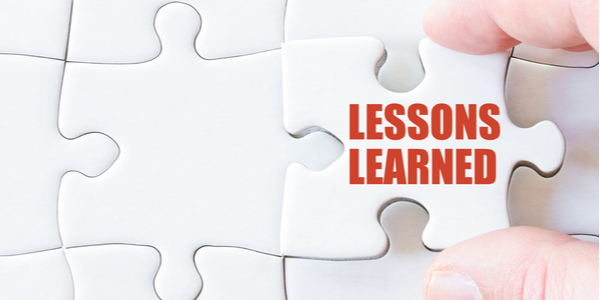 In the second edition of UK Maib Safety Digest, it is noted how a third engineer got injured and suffered severe scalding burns during cleaning the auxiliary condenser.

The third engineer of a chemical tanker had been tasked with cleaning the auxiliary condenser, a familiar task.

While the chief engineer had carried out a toolbox talk with the third engineer and a motorman beforehand. The third engineer set up the cleaning equipment: a drum of hot water, a circulating pump and hoses to supply and return the hot water through the condenser. 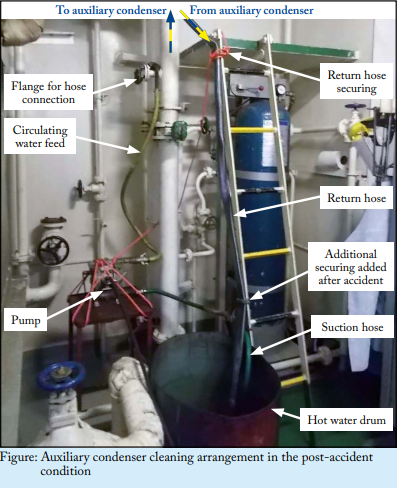 The return hose ran from the top of the condenser back to the drum and was secured at the upper end of a nearby ladder.

Following there, the third engineer started the pump and stood near the drum while he prepared the cleaning chemicals. The water was discharging from the return hose in fits and starts, and the free end was moving around in the drum.

Suddenly the end of the return hose fipped out of the drum and sprayed scalding hot water over the third engineer.

The motorman stopped the pump and raised the alarm. The injured third engineer was given first-aid onboard before he was evacuated and transported to hospital. He had suffered severe scalding burns to his upper body and was of work for more than a month.