Following the release of UK Maib Safety Digest, it is described a near miss accident onboard a ro-ro passenger ferry, during loading vehicles operation.

A ro-ro passenger ferry was loading vehicles in preparation for departure. A maximum capacity of vehicles was due to be loaded, so the hoistable car decks (known as the mezzanine decks) (Figure 1) were planned to be in use. 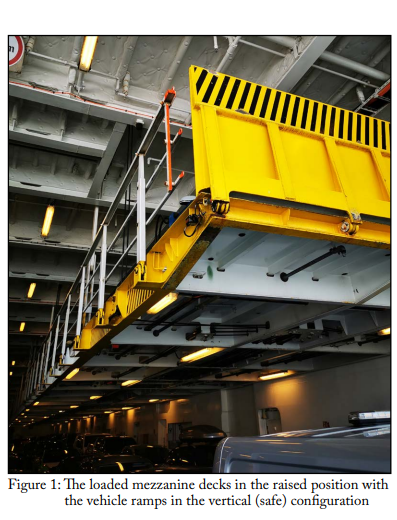 The mezzanine decks had three positions: ‘ramp’, ‘working’ or ‘stowed’. The ramp and working positions were used to load and unload cars on busier voyages. The stowed position fully raised the mezzanine deck against the deckhead; this was available to facilitate loading of high-sided vehicles on the main deck, when the mezzanine decks were not in use.

The crewman on the mezzanine deck saw the ramps starting to move and immediately realised that this meant that the ‘stowed’ position must have been selected and there was, therefore, an immediate risk of serious damage or injury to the people and cars if the deck continued upwards beyond the working position. 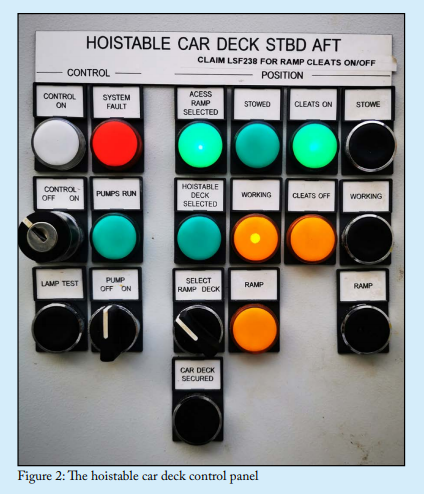 Precautions when navigating in fishing areas around Ningbo-Zhoushan port