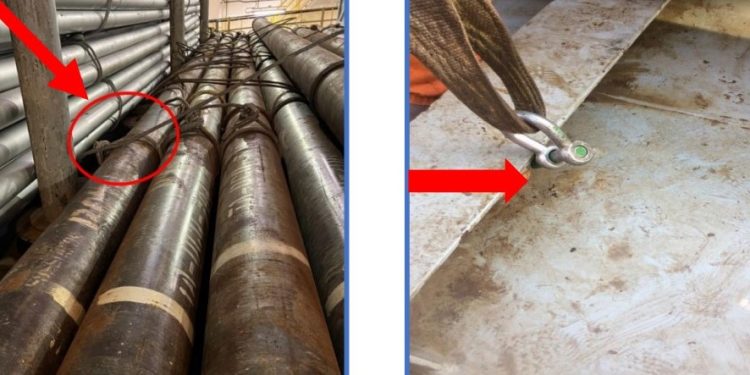 BSEE informed about injuries that offshore crew have sustained due to working with slings. After these incidents, BSEE provided lessons learned to prevent similar incidents in the future.

There have been multiple instances across the Gulf of Mexico in which offshore personnel have sustained injuries to the face while working with slings. These incidents resulted from stored energy in the slings. Recent incidents include the following:

In both 2022 incidents, the IPs were Short Service Employees (SSE). BSEE has also seen a recent increase in the number of incidents involving SSEs.