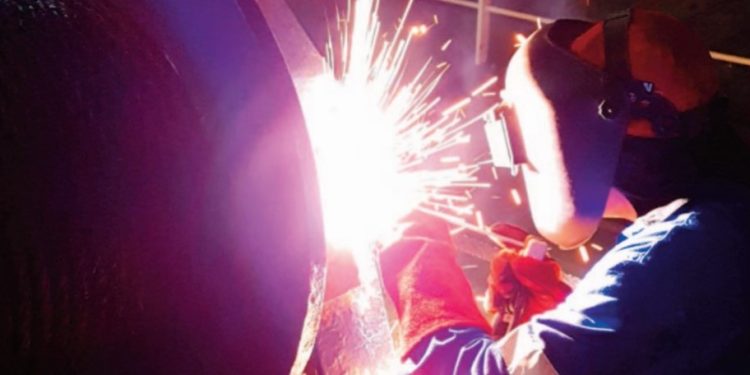 In the fourth and final case of Swedish Club’s casebook with four different case studies related to fire, an incident is presented where hot work caused container fire.

A container vessel was awaiting instructions for when to enter the port. During the wait the Chief Officer made the decision to carry out repairs to the cell guides in one of the cargo holds. The engine fitter and an AB began to prepare the welding job for the cell guides.

Before the welding commenced a risk assessment and hot work permit were completed. As per the hot work permit, fire extinguishers were in place and one AB was the designated fire watch.

The Chief Officer approved the job and was also present. Some time into the job, the engine fitter began to smell burned rubber, and on investigation saw that a container had caught fire.

In the vicinity were a couple of oxygen and acetylene bottles which the engine fitter moved to safety. The Chief Officer ordered everyone to evacuate the cargo hold and informed the bridge that a container had caught fire. The general alarm was sounded and a fire team assembled and began boundary cooling.

The heavy smoke and high temperature made it impossible for the fire team to approach the fire so the Master decided to release the CO2 system into the cargo hold, which extinguished the fire.

The container that had caught fire was an open top container covered by a tarpaulin and containing cloths, tyres, wooden plates and machinery

Many cargoes, including a wide range of bulk cargoes and general cargoes can be ignited by cigarettes and/or hot work. Smoking and hot work therefore need to be properly controlled.

Control of smoking can be difficult where stevedores are working on board and hot work permits need to be properly considered, not just a ‘tick box’ exercise. Once a fire has started, some bulk cargoes will smoulder for long periods even after closing and sealing holds and using CO2 to maintain a low oxygen concentration in the ullage space.