IMCA published its safety flash focusing on a routine lifting operation that led to an accident, when a vessel crane’s anti-two block (A2B) suspension wires failed, causing the A2B wight assembly to fall along the crane wire to the crane block.

According to IMCA, the lifting operations were halted and an inpection took place on the auxiliary crane wire and A2B system. From the incident there were no injuries reported/

Following the inspection, the factors that caused the incident were: 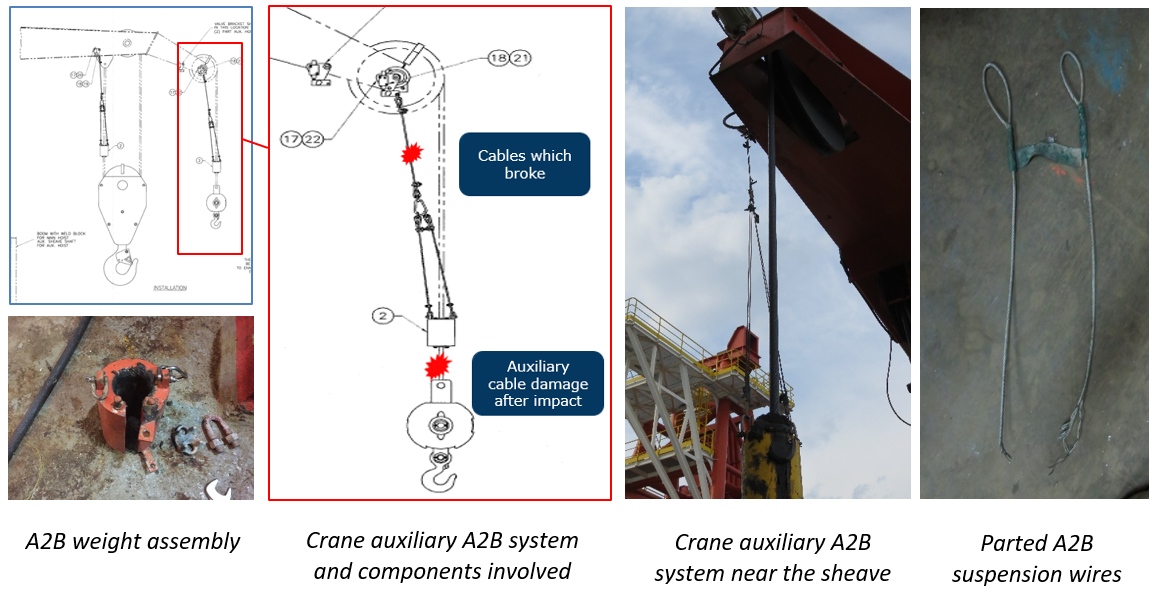 Consequently, after the incident it was decided that a full and detailed inspection of crane A2B systems should be contacted to confirm that they are maintained, functioning correctly and free of potential seizing (of the actuation level).

In addition, the authorities inspected the equipment holdbacks/retention wires to identify potential for slack and/or entanglement with moving parts. Thus, the inspectors proposed to replace wires with larger diameter.

Concluding, inspections should be appropriately documented to record subsequent findings/corrective actions, and records reviewed appropriately on a regular basis to verify effectiveness.

Concerning the inadequate inspection that was among the factors above, IMCA recently discussed about an incident of a rotating winch drum that trapped AB’s feet, and resulted to the fact that the risk assessment was inadequate – it did not include this particular hazard associated with the tugger winch.

Concluding, IMCA lastly talked about a worker that twisted his ankle when conducting work inside a transition piece, the lower part of an offshore wind turbine tower.