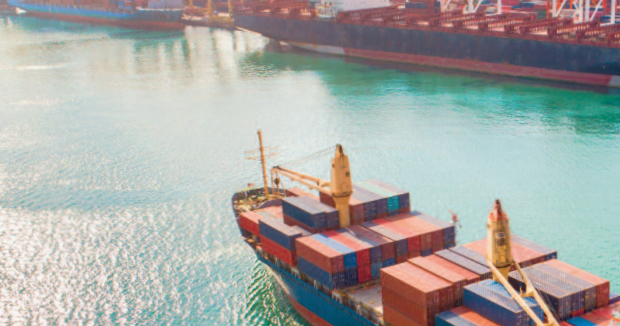 In its latest casebook focused on marine incidents, Swedish Club describes an incident where a RoRo vessel’s bow hit quay at speed.

It was morning with clear skies and NW winds at Beaufort scale 7. A 200 metre RoRo vessel had picked up the pilot. There had been a short pilot briefing where the bridge team were advised that that the vessel would berth starboard side at berth A which had a course of 285 degrees.

The approach in the fairway was 090 degrees. This meant that the vessel had to make a large port alteration of 165 degrees to line up with the berth. The port had no breakwater and was open to the sea.

The pilot had the conn and the vessel was sailing down the fairway on a 90 degree course and a speed of 9 knots over the ground. Two tugs were standing by but were not connected. At the position where the pilot decided to begin the alteration there were less than 500 metres of space between the quays in the port basin.

Wind pushed vessel away from berth

The vessel started to alter to port and was facing the berth at a 90 degree angle when it was only 50 metres away. The pilot realised the danger and ordered slow astern and hard to port, followed instantly with full to port on the bow thruster. As the speed was excessive for the bow thrusternothing happened.

At the same time the Master realised that the vessel was not slowing down so he ordered the port anchor to be dropped and full astern on the engines. It was too late, and the bulbous bow RoRo vessel at a 90 degree angle.
After the contact the tugs were connected and berthed the vessel. The vessel had to dry dock and repair the bulbous bow. The berth also needed extensive repairs.