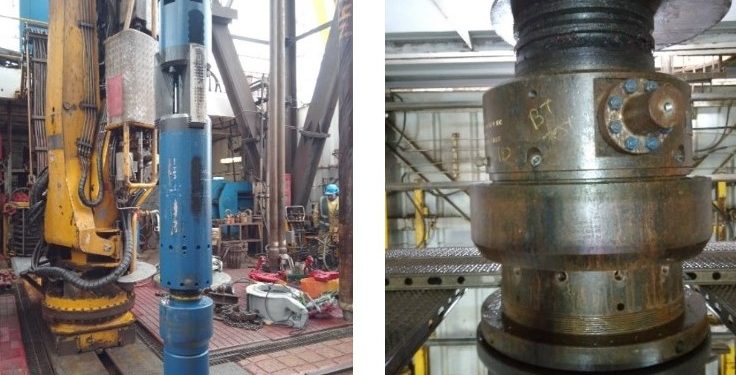 Following running of the completion in a subsea well drilled from the jack-up, it was necessary to recover the 16″ riser.  While recovering the 16″ riser to surface, a drill-pipe deployed anchor tool, which was set inside the riser, prematurely released dropping the Riser approx. 14m and causing damage to the Subsea Wellhead Housing (WHH) sealing face. There were no injuries.

The anchor tool had been pull tested to 40K lbs to confirm engagement prior to releasing the riser.

The load rating of the drill-pipe deployed anchor tool in operation was not as per advised value and it subsequently failed when a relatively modest load was inadvertently applied. (The tool prematurely released at around 35K lbs overpull, rather than the 114K lbs rated overpull).

The damage to the wellhead sealing face was subsequently addressed and confirmed satisfactory.

IOGP recommends that during recovery of casing or riser, that the slip mechanism of the anchor tool is energised constantly by applying pressure and that the shear pins and ratchet mechanism are not solely relied upon as a means to ensure tool engagement.