Lessons learned: Do not rush when using knives 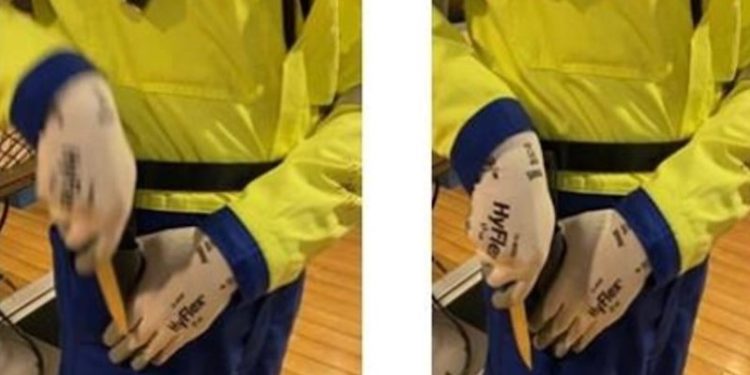 IMCA provides lessons learned from an incident during which while a crew member was replacing a knife into its sheath, he cut his left Index finger.

This serious injury was sustained while someone was replacing a knife into its sheath. The crew member had been splicing 12mm polypropylene rope for use as guide ropes on the gangway.

He had removed his gloves to splice the ropes, and once finished, attempted to put his knife back into its sheath at his belt, still without gloves.

He missed the sheath with the knife and pushed the knife into and down his left Index finger, causing a large deep incision, requiring surgery to correct possible tendon damage, and close the wound.