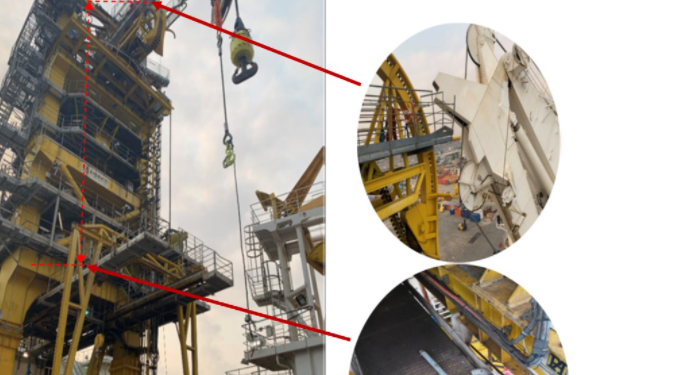 Following the release of IMCA’s Safety Flashes, there is an incident where a crane made contact with a pipelay tower handrail during a routine lifting operation, resulting in a serious dropped object event.

The incident occurred during repositioning of a chain link clump weight on the main deck using a 250T crane whip line. The boom rest landing section on the boom knuckle came into contact with the top gutter walkway guardrails on the pipelay tower.

A section of the rail (approx. 1.2 m and 5.5kg) broke off and fell approximately 22m to a walkway below. Thankfully, there were no injuries.

This incident is currently under investigation however the following preliminary findings were identified: