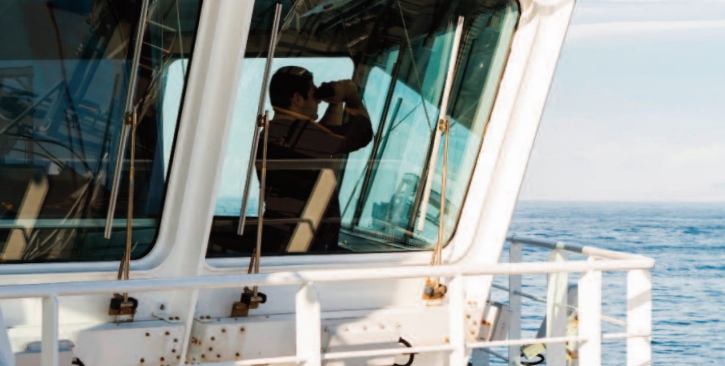 In its latest casebook, Swedish Club notes a case of collision between two vessels in a narrow channel.

Vessel A, a capesize bulk carrier, was approaching port while fully loaded with iron ore. It had an overall length of 325 metres, a breadth of 52.5 metres and drafts of 17.8 metres.

The pilot had embarked, and three tugs were lining up to connect to the vessel. The Master and pilot on vessel A had carried out a pilot briefing and the pilot had received a copy of the pilot card. It was evening with clear skies and light winds.

Vessel A had a speed of 7 knots and a course of 310 degrees and both steering pumps were switched on. All navigation equipment was working. The vessel was in manual steering mode. Both X-band and S-band ARPA radars were set to north up and true motion. The range was switched between 3 NM and 6 NM.

On the bridge of vessel A were the Master, the Third Officer who was OOW, the pilot and the helmsman. According to the wheelhouse poster the minimum manoeuvring speed for vessel A was 5 knots. In ballastb condition, it would take it about 12 minutes to stop if the engines were put from full ahead to full astern.

If vessel A was sailing at 15 knots in deep water, it would take about 153 seconds to alter course by 90 degrees at hard-over angle.

C -30 minutes: Vessel B outbound from the port was acquired on the ARPA. It was a panamax bulk carrier with a length overall of 225 metres, breadth of 32.3 metres and was about 10 degrees on the starboard bow, 6 NM away. The ship was on a course of 125 degrees making about 10 knots, giving it a course almost reciprocal to the course of vessel A.

Vessel B had a CPA of 0.5 NM and was shaping up to pass down the starboard side of vessel A. Those in vessel A observed the starboard green sidelight and masthead lights on vessel B. The vessel had a pilot on board.

C -14 minutes: Vessel B was about 3 NM distant. Behind vessel B there was a third outbound vessel. Vessel B was still slightly on the starboard bow of vessel A. Vessel B was outbound and navigating in the waters outside and to the north of the fairway.

C -12 minutes: The pilot on vessel A talked to the pilot of vessel B in the local language, and was advised that vessel B’s pilot had just disembarked, before which he had told the Master of vessel B that he should pass vessel A green to green. Vessel A’s pilot ordered the tugs to standby as they were approaching the buoyed fairway.

C -9 minutes: The pilot ordered the first tug to make fast on the stern, the second on the starboard side and the third to follow the vessel on the port side. Vessel B was at a distance of 2.3 NM.

Collision: The pilot on vessel A ordered hard to starboard and full astern but it was too late, and the vessels collided. Vessel B’s port side shell plating was torn open from cargo hold 2 to cargo hold 6.