Lessons learned: Car deck of a ro-ro ferry can be a very hazardous environment

In the latest edition of Safety Digest, it is highlighted that the car deck of a ro-ro ferry can be a very hazardous environment and crew direction is critically important for the safety of drivers and their vehicles.

A lorry driver was waiting in his cab to disembark from a ro-ro ferry. Unaware of a car parked directly in front, the lorry driver started to move his vehicle forward before being instructed to do so by the ferry’s crew.

The lorry then struck the parked car, shunting it into the back of another car in the lane to the right. 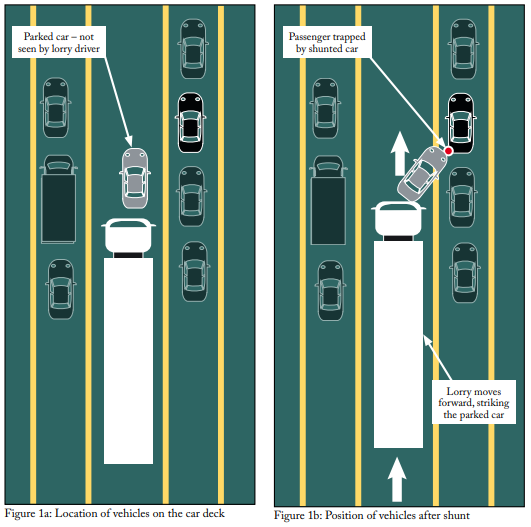 The driver of the car in the lane to the right was returning to the vehicle at the time and her legs were trapped between the two cars. 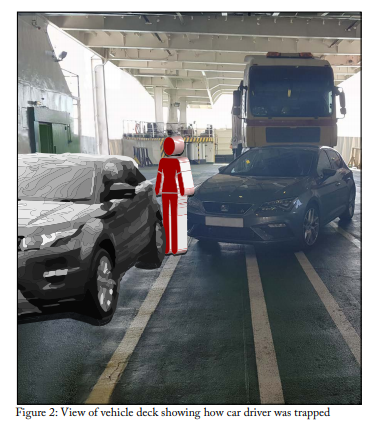 In light of the situation, two crew arrived on scene and began to coordinate a response. The lorry driver was instructed to reverse to allow the two cars to be separated.

There was no-one in the car that had been shunted by the lorry, so the ferry’s crew attempted to push it to free the trapped car driver; however, the handbrake was still on and the car could not be moved.

A group of crew and passengers then lifted the car away and freed the trapped driver. She had sustained minor injuries and was taken to hospital as a precaution.