Lessons learned: Bean bag can be used as a safe alternative of heaving line weight

In the most recent edition of Safety Digest, it is described how throwing the heaving line can be a very risky and dangerous operation when onboard.

A chemical/products tanker was entering harbour with a pilot embarked on a breezy, rainy night. A tug was standing by and was ordered by the pilot to secure its tow line.

The tug master manoeuvred close to the port bow, ready to receive a heaving line from the ship. At the same time, the deckhand stood to one side of the tug’s aft deck and indicated to the ship’s mooring party that he was ready for them to throw the heaving line.

The line was thrown, and the end landed on the tug’s deck with a loud bang. Attached to the end of the line was a heavy 0.5kg steel shackle. 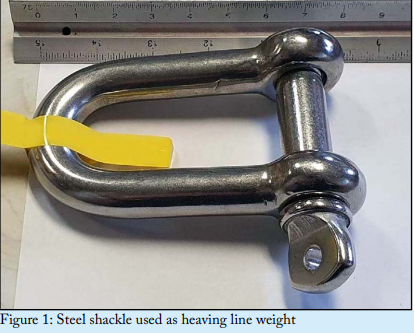 The deckhand removed the shackle from the heaving line and continued to pass the tow. The berthing continued without further incident.

The tug master informed the pilot of the incident, and the tug provided two bean bags to the ship as alternative, safe weighting for heaving lines. 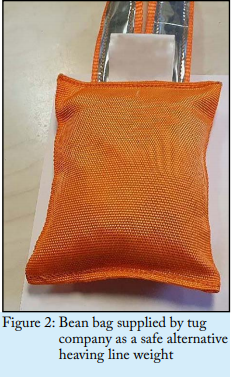