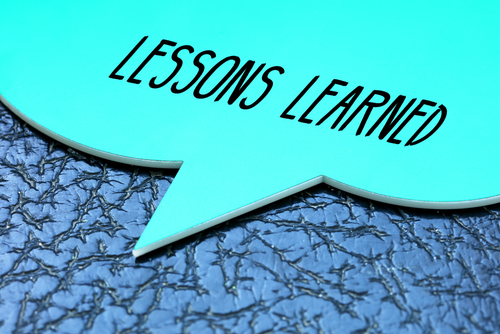 In its latest publication of “Good Catch”, the American Club provides lessons learned from an incident where two mariners died as they were washed overboard.

Two mariners died when they were washed overboard. Search and rescue efforts were unsuccessful. At the time of the incident, the wind was at Force 10 and both the air and sea temperatures were 41oF (5oC). Waves were reported as 26 feet (8m). The rough weather had been predicted.

Waves had loosened several stowed mooring lines on the poop deck at the stern of the vessel and some were dangling over the side. Concerned about the risk of one or more of the mooring lines falling overboard and becoming entangled in the propeller, the Master sent the Chief Officer and the Bosun to assess the situation from the first deck (a level higher than the poop deck). The Master had instructed them to conduct a risk assessment before taking any action.

The Chief Officer then went down to the poop deck to assist from there. After some limited success, the Chief Officer asked the Bosun to get additional assistance in the form of 2 ABs and a deck trainee. Together they were able to secure two of the mooring lines to the railing on the starboard side.

The investigation identified some inconsistencies about the incident, but it was apparent that both the Chief Officer and deck trainee had ropes tied around their waists as simulated in the picture. It was unclear whether the other ends of the ropes tied around their respective waists were secured properly to the ship or whether the two mariners were tied to each other at that point.

According to American Club, the two mariners were washed overboard and drowned or succumbed to hypothermia and their bodies were never recovered.

If you find yourself in a similar situation, take the time to identify and assess the risks. Make the effort to get and use appropriate safety gear and equipment that addresses those risks you identified. The life you save may be your own.