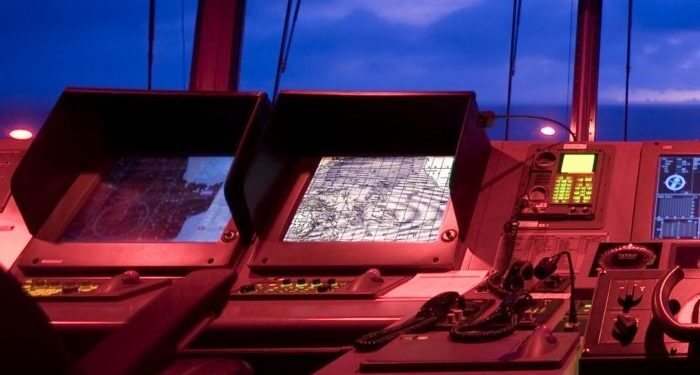 Suddenly, the vessel vibrated heavily and changed its course towards the port. In sight of the incident, the OOW was confused and couldn’t gasp what had happened. Soon after the bow thruster room high level alarm sounded. The Master came to the bridge and when he asked what had happened the OOW was still confused.

Therefore, the Master contacted the Chief Officer and asked him to check the forepeak and bow thruster room. A couple of minutes later the Chief Officer informed him that there was water ingress in both locations. The Captain halted the engines and the vessel drifted, until they could assess the situation. Then, the master realized that the vessel had hit the bottom and contacted the nearest JRCC and informed them that the vessel had grounded and was taking on water.

The Master asked for assistance as he was unsure what had happened.

The report states that there was no sign of pollution and no injury, while the vessel’s steering gear, engines and bow thruster were all in operational state. Although a rescue team arrived from the nearest port to assist the vessel, the vessel sailed on its own to the nearest port and berthed without incident to assess the damage.

It should be highlighted that the voyage was not unusual for the vessel.

It was found that the Navigation Officer had forgotten to insert a waypoint in the GPS. This meant that the course took the vessel straight over a shallow area where it ran aground.

The Club suggests that when preparing a passage plan it is crucial to double-check it with another officer to make sure that all way points have been added into the navigation equipment.

It is prudent to perform a two-person check of the passage plan and all critical navigational equipment, such as the GPS, before departure. The passage plan needs to be signed by all bridge officers and the Master.

Moreover, it is advised that every officer taking over the watch ensures that the passage plan is correct and that all the correct parameters are included in the GPS, radar and ECDIS. Any deviation from the passage plan during the watch needs to be reported when handing over to the next watch officer.