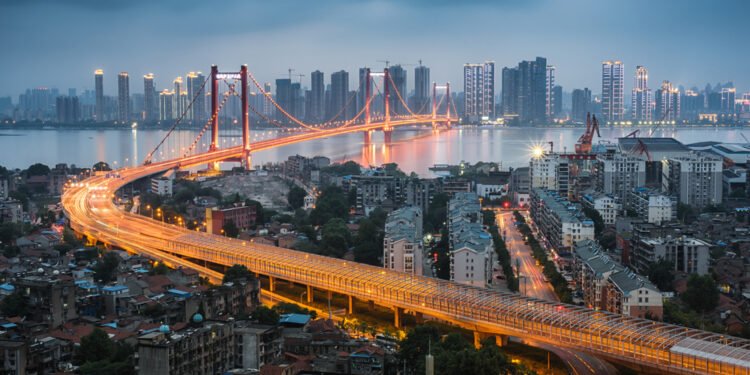 Navigation on parts of the Yangtze River by international-trading vessels has come to an abrupt halt following the Covid-19 quarantining of local pilots, write Gard Club’s experts Michal Jorek and Bruce Liu.

Last week, maritime media reported that two pilots working on the Yangtze River had tested positive for Covid-19. In the hours and days that followed, about 200 of the approximately 500 pilots of Yangtze River Pilot Center were reported to have been quarantined by the Chinese authorities. Gard understands that much of the navigation on the Yangtze River by international-trading vessels calling at Jiangyin port and further upstream including Nanjing has since come to an abrupt halt. The only vessels that appear to be able to sail to Jiangyin port and further are those carrying essential imports such as coal and LNG.

This situation is rapidly evolving and the extent to which it will affect international trade cannot be accurately estimated at this time. Nevertheless, Gard wishes to bring this situation to the attention of our Members so they can continue to monitor it and take preventative measures as appropriate including requesting updates from their local agents. In this article, we outline the current pilot procedures and discuss some of its potential legal consequences due to prolonged delays.

Since the outbreak of Covid-19, because of their exposure to international crews, the Chinese authorities have considered pilots working in China to pose a high risk of spreading infection. As a consequence, pilots have been placed under a strict working arrangement designed to limit that risk.

After the epidemic outbreak at Nanjing Lukou International Airport in August 2021, further restrictions on the working arrangements for Yangtze River pilots were introduced. Pilots typically carry out their shiftwork for periods of 14 days during which they are not permitted any outside contacts. At the end of those 14 days, pilots are placed under medical observation in centralised quarantine for seven days, following which they spend seven days monitoring their health at home. Given the Chinese authorities’ approach to the risk posed by pilots to date, the affected pilots’ quarantine could last at least 14 to 21 days.

That quarantine is likely to significantly worsen the already congested traffic of vessels calling at any of the Yangtze River ports. The pilots’ strict working arrangements had the effect of reducing the number of internationally-trading vessels piloted daily into the Yangtze River from 130 before Covid-19 to 70-80 in the last weeks of 2021. That number has now dropped significantly and is unlikely to be restored to its previous levels before the affected pilots return to work. It is also anticipated that once piloting operations are restored it could take at least several weeks for the congestion having built up while the affected pilots were in quarantine to clear. The resulting delays to anticipated calls at Yangtze River ports are likely to be many and substantial. Gard’s Members should be aware of these potential delays and take preventative measures where appropriate.

Legal risks due to prolonged delay

Examples of legal risks that may arise from these potential delays include missed redelivery deadlines, missed  laycans under forthcoming fixtures, hull fouling potentially resulting in increased bunker consumption and the need to subsequently clean as well as potential disputes regarding laytime and demurrage. There may also be disputes regarding hire although it is hard to see how those delays could fall within the scope of typical off-hire clauses. What appears certain is that this incident is likely to result in both owners and charterers reaching for their charterparties to see which of their rights and obligations might be affected by it and what exemptions and exceptions might be available to them.

In addition, the legal risks arising as a result of the quarantine of the Yangtze River pilots are likely to include a broad range of cargo related issues. Under Article III Rule 2 of the Hague/Hague Visby Rules, carriers have a duty “properly and carefully [to] load, handle, stow, carry, keep, care for” the cargo on board. That duty binds the carrier from “tackle to tackle”, meaning it runs from when the cargo is loaded until it is discharged. Questions might arise as to whether carriers have met this duty if, for example, cargo on board a vessel affected by the delays due to the quarantined Yangtze River pilots deteriorates. In such a case, subject to the vessel being seaworthy, carriers will potentially have a suite of defences available to them, including the following from the catalogue in Article IV rule 2 of the Hague/Hague Visby Rules:

Questions might also arise as to whether cargo that was not dangerous when loaded subsequently became dangerous during the extended delay while the vessel carrying it was waiting to call at a Yangtze River port. The full extent of a carrier’s legal recourse if that were to occur and the outcome of any other potential claim against a carrier by cargo interests or other legal issues will naturally depend on all the circumstances of each case. To minimise the risk of such legal issues arising, Gard’s Members are advised to take all practical precautions when entering into new fixtures or if already on a voyage anticipated to call at a Yangtze River port and seek legal advice where necessary.

Above article has been initially published in Gard Club’s website and is reproduced here with authors’ kind permission.